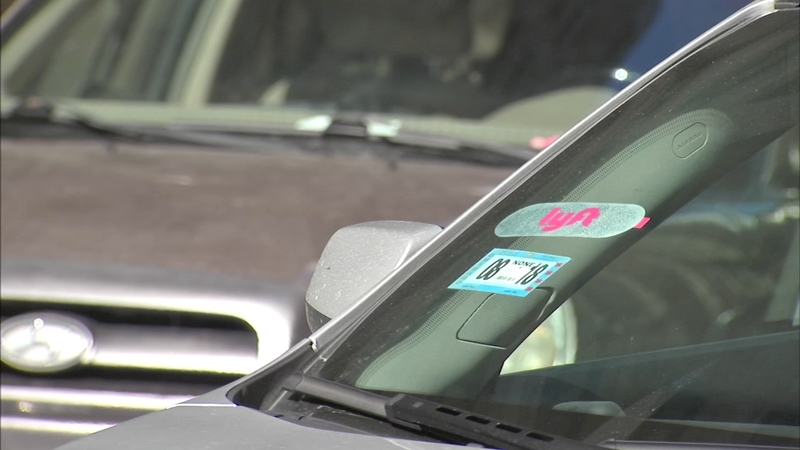 Rideshare customers beware: A gross scam known as "vomit fraud" is sticking passengers with hundreds of dollars in phony fines.

"They call me, the bank, and say, 'Yeah, Lyft took $100 and then they try to take another $150,'" said Steve Obidowski, a rideshare customer in Chicago.

Obidowski says he woke up to stomach-turning allegations after a night out -- a few drinks at a comedy club with his husband and their niece. He discovered what he calls bogus fines and a strange photo claiming one of the riders threw up in the backseat of the Lyft driver's car.

"I went into my email and saw that an email from Lyft saying I damage their car and total of $250, that there was throw up all over the back seat," he said.

Obidowski says no one in his party was ill and no one threw up. His niece started digging into the origin of that questionable photographic evidence.

Obidowski also said the photo was geotagged in the Fulton River District downtown, but his group's ride was from the Laugh Factory in Lakeview to his home in Andersonville.

Obidowski said the driver should be ashamed.

"I literally was shocked and I was like, 'How can he just outright lie like that?' It really upset me," he said.

Obidowski wrote to Lyft, demanding answers and a refund. He reached out to the I-Team when he felt like he wasn't getting anywhere. Days after the I-Team alerted Lyft, the company said it investigated and deactivated the driver's account. Lyft also issued Obidowski a full refund.

"We take damage disputes such as these very seriously," Lyft said in a statement. "Lyft's support team investigates each incident individually and makes a determination based on the evidence available, such as photos and statements from involved parties...."

But drivers from any rideshare company can try to pull off what's known as "vomit fraud." The Better Business Bureau recently issued an alert after receiving complaints from consumers who say they were charged anywhere from $80 to $150.

Obidowski is taking new steps to protect himself, since it's the driver's word against the passenger's.

"You know what we are going to do? Take a picture every time a passenger leaves a car," he said. "I mean, I feel that's what I have to do now."

Rideshare giant Uber also says it takes fraudulent activity seriously and that the company is constantly evaluating its technology related to these claims, but that the vast majority of claims are legit.

If you are accused of making a mess, the rideshare company will send you a picture. You may be able to download it to your phone and then use your phone's technology to show where or when the picture was actually taken. This may help in your claim.

You can also upload the fake "puke" picture to a website or an iCloud shared album, then create a public link. After that, do a reverse Google image search by right clicking on the image in google chrome to see if that picture has been used before.
BBB alert on "vomit fraud"

The Better Business Bureau is warning users to be aware of "vomit fraud."

Customers using Uber have reported being charged a "damage" fee for throwing up while taking a ride, sometimes for amounts of up to $150. The driver submits the claim and vague pictures of vomit to tack the charges onto the rider's bill.

BBB says that customers have difficult times to dispute the fraudulent charges since it is difficult to contact customer service.

To avoid being a victim of "vomit fraud," you should check your credit card balance after taking a ride in an Uber, read reviews for drivers before taking a ride and go through the official channels to dispute cleaning charges if necessary.

More info from Uber on fines:

If a rider sees any incorrect charges, they should report it to us immediately.

The vast majority of cleaning fee reports are legitimately the result of someone making a mess in the car. Cleaning fees compensate drivers for the cost of cleaning up a mess made by a rider.

We have specific criteria and a review process in place and in instances where we find a confirmed case of fraud, we take appropriate action including removing the driver from the app.

Drivers must submit photos of the mess/damage shortly after the ride and a description of what happened.