'Safe on 17' campaign aims to reduce crashes on Highway 17

SANTA CRUZ, Calif. (KGO) -- Highway 17 through the Santa Cruz Mountains is a treacherous stretch of road.

Some people blame the locals, others the tourists.

"Seventeen can be a scary road to drive because the people who do commute it on a regular basis make it feel like a race track," said Ben Lomond resident Denice Austin.

Scotts Valley resident Ryan Ver Berkmoes says, "You get so many tourists and you get so many people unfamiliar with the road that they're just not set for the conditions."

Emergency personnel urging you to be “Safe on 17.”
63,000 people a day drive 17 and firefighters say crashes are on the rise.
More info here- https://t.co/POMMKBeml9 pic.twitter.com/rNflPViTha

They say accidents on Highway 17 present one of the greatest hazards to the public and first responders.

63,000 people travel over the Santa Cruz Mountains every day.

The CHP reported seven crashes Tuesday by 3 p.m. and that's when it's dry. Rainy days you could see two to three times that number of crashes.

"It looks like a war zone. There's car bumpers, there's headlights. It reminds me of that Johnny Cash song, "One piece at a time." You could probably build a handful of cars up there with all the car parts, said Santa Clara County Fire Captain Brent Kirk.

What are the biggest causes of crashes on Highway 17?

For more information on the "Safe on 17" campaign go here. 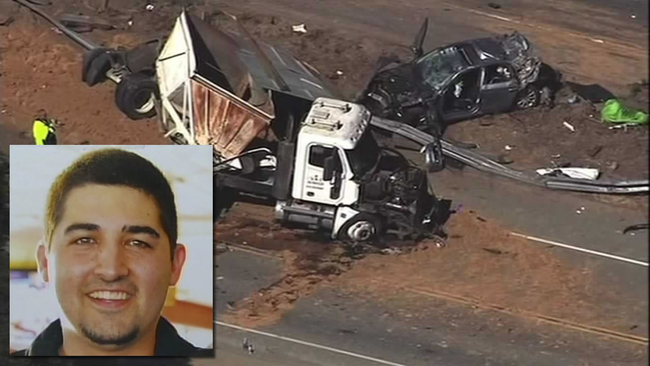