On Monday, the SFMTA announced that the city will install 100 new bike racks every month for the foreseeable future. Each rack can hold roughly two bikes or four scooters, which officials hope will help clear sidewalks, stop the littering of shared scooters and help with pedestrian safety.

The first bike corral was installed at 16th and Sanchez streets on Monday morning.

"This is the start of something very big in our city," says Brian Wiedenmeier, the Executive Director of San Francisco Bicycle Coalition.

Bicyclists riding by were quick to praise the city's plan.

"There's not enough bike parking anywhere and especially with all the micro-mobility, like the scooters and stuff, starting to use the bike infrastructure," San Francisco resident Michael Kramer said. "I mean, the more the merrier, more people out of cars the better, but still it's a crunch."

According to the SFMTA, more people are cycling on San Francisco streets than ever before, and it's on the rise.

"We expect to have 8,000 or more bike-share and scooter vehicles on the streets by the spring of 2020," SFMTA's Livable Streets Director Jamie Parks explained. "And that means an increase in the demand for bike parking."

San Francisco's plans to add more bike racks is also to promote public safety. The new bike corrals are being placed in what would have been a parking spot, near a crosswalk. It's something called "intersection daylighting."

"We are making sure that for cars turning, they can more easily see somebody walking and crossing the street and vice versa," Wiedenmeier said.

San Francisco Supervisor Rafael Mandelman adds, "Doing things like these, daylighting intersections, saves lives, keeps people from being injured and that's critically important. And then to be able to use spaces like this for more bike parking is a double benefit."

When asked about drivers who are frustrated about losing parking spots for cars, Mandelman said ultimately, as the population of San Francisco grows, people need to be encouraged to stop driving and find other modes of transportation. Adding parking spots for bicycles and e-scooters is part of that plan.
Report a correction or typo
Related topics:
trafficsan franciscosafetyscooterparkingtransportationpedestrian walkwayelectric vehiclesbicycleroad safetybikespedestrianssfmta
Copyright © 2020 KGO-TV. All Rights Reserved.
BICYCLE
Strangers rally to help SF nurse replace stolen bike 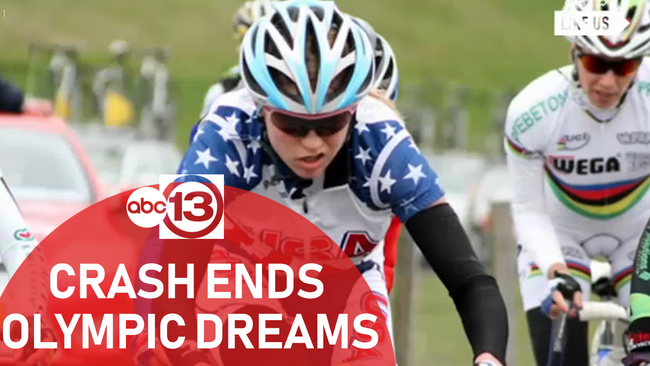