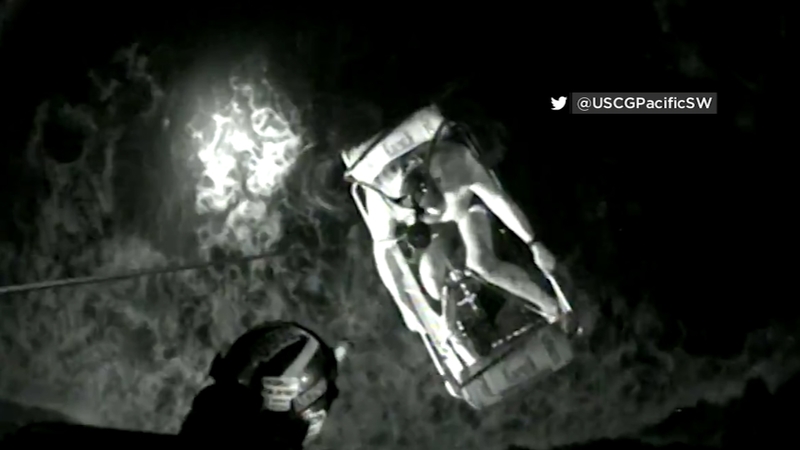 SAN FRANCISCO (KGO) -- A Bay Area man on a solo kayak journey from Sausalito to Honolulu had to put the brakes on his mission.

Cyril Derreumaux of Larkspur set out on his 2,400-mile journey on May 31 from Sausalito. The goal was to reach the Hawaiian Island within 64 days to break the Guinness World Record for rowing.

RELATED: Bay Area man attempting to kayak for 60+ days from Sausalito to Honolulu

Due to deteriorating weather conditions at sea, Derreumaux says he was immobilized under the sea anchor for three days before asking the Coast Guard for help.

"My ground crew told me that they had lost the AIS signal for three hours. I then notice that my navigation system has lost the GPS signal and couldn't recover it. As we were working with my team on a solution to this electronic problem, the general behavior of my kayak suddenly changed, which I immediately attributed to a sea anchor damage. In a few moments my kayak was positioned almost parallel to the axis of the waves, and I found myself violently tossed from side to side, along with all the equipment that was stored in the cabin," Derruemaux wrote on Facebook.

He says his attempt to resolve the issue were unsuccessful and resulted in water entering his cabin.

The Coast Guard tweeted a video showing a helicopter crew member helicopter roping down to the water to bring Derreumaux up safely. The kayak was located at approximately 70 miles west of Santa Cruz, Sunday morning, according to USCG.