Two families, two paths, one year after the Tubbs Fire in Coffey Park 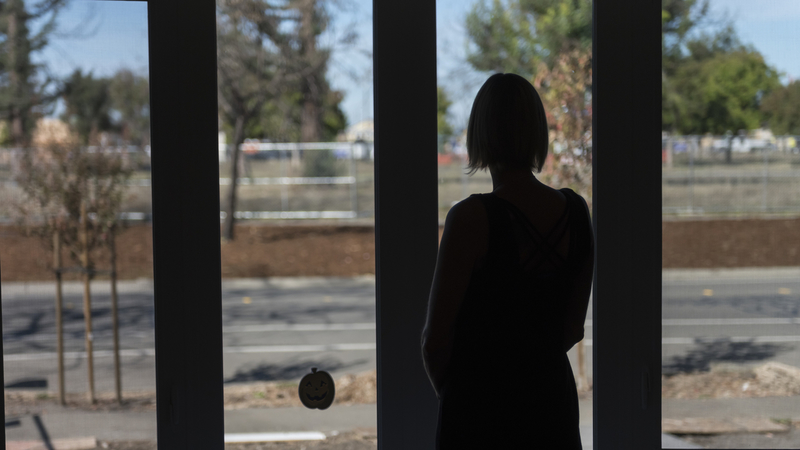 Two families, two paths, one year after the Tubbs Fire in Coffey Park

SANTA ROSA, Calif. (KGO) -- It is a very nice house on a quiet street in Sebastopol, with one notable difference. The lawn ornaments have seen better days---and a much worse one, at that.

"These are the only things left. Everything that survived we brought with us."

It has been one year since we last spoke with John Pittman, and his wife, Donna. Then, they had just arrived at the remains of their treasured home in Coffee Park.

Not everyone wanted back into Coffey Park. We first met John and Donna Pittman as they surveyed the damage and found nothing left. They had lived here for 25 years. #abc7now #coffeypark #sonomastrong #TubbsFire pic.twitter.com/z8Tsxs0KuE

"My whole life I have said this is not as bad a Vietnam," said John at the time. "This is pretty darned close."

"It's devastation, but we are not devastated," added Donna.

But the neighborhood? Yes. From an aerial view, that devastation looked almost orderly. At ground level, imagine chaos accompanied by the strangest of soundtracks, from the chorus of beeping metal detectors, to the crunching of feet on burn scape, and everywhere, sifting.

John found a watch and a ring. Donna found a box belonging to her grandmother. Now, they're prized, blackened possessions that include a still working television remote.

The Pittman saved only a few charred items from the tire. Donna found her grandmother's box. And, strangely, she also took a television remote that still works. "I had no control," she says. #TubbsFire #abc7now #sonomastrong pic.twitter.com/06S5pKH51y

"I have no idea why I packed it," said Donna.

It weighed on them. So, after plenty of angst, John and Donna took back control of their lives and made a difficult decision.

"Here I am at this age and you want the grief to be done and over," said Donna.

"After you get through with the insurance and all that, you say we're not rebuilding. We're moving on," explained John.

So how about moving back in? Back in Coffey Park, Tanya Williams and her husband Michael unpacked the last box after moving in.

"Everything is emotional," said Tanya. "Packing up the old house. Moving into this house. Unpacking."

We've been following Michael and Tanya since last spring when he began rebuilding their house. Being a contractor comes in handy after a disaster like this. Michael promised his bride of 18 years that he would have the place finished by this first anniversary.

Tanya and Michael Williams in their rebuilt home, #coffeypark in #SantaRosa . . . He's a contractor. Vowed to get them back in one year. Made it with a few days to spare. #abc7now pic.twitter.com/ROGqlQX5M2

What they made it to remains a work in progress. The Williams family came back because this has always been home. They never had second thoughts. And yet, they had a surprise in store. The Coffey Park they returned to is not the Coffey Park they left.

The rebuilt Williams house has a new bay window. "I always wanted him to build me a custom home, but not this way," said Tanya Williams about her contractor husband. He's working on four homes in the neighborhood. #abc7now pic.twitter.com/uhrAlFO5RK

"In the evening it feels like home when we're in and shut the blinds," said Tanya.

"But in the daytime, we are constantly reminded we have no neighbors."

Returning to #CoffeyPark one year after the firestorm. Tanya Williams has a new home thanks to husband, Michael, a contractor. But the neighborhood they return to is not the same they left. It is hardly a neighborhood at all, yet. #abc7now #sonomastrong pic.twitter.com/SBQsA2MDqq

Michael picks up the theme, "It's the thing like when you take out your trash and you see the guy mowing his lawn, or the lady across the street working on the fence. Or the other neighbor planting a plant. None of that stuff is there."

It's one more price of tragedy that no one expected, not even in victory. One neighborhood-- two couples, two paths. Freeze frames after a year of hell. Which leads to a logical question.

"Is this a happy anniversary?" we asked Donna Pittman.

Tanya Williams and Michael returned to #CoffeyPark after the #TubbsFire because. "This is home." Is it a happy anniversary? She says. "Yes." #abc7now #sonomastong pic.twitter.com/Ae50Md7orQ

"Are the words happy anniversary appropriate?" I asked Tanya and Mike.