Uber driver struggles with passenger who grabs at wheel 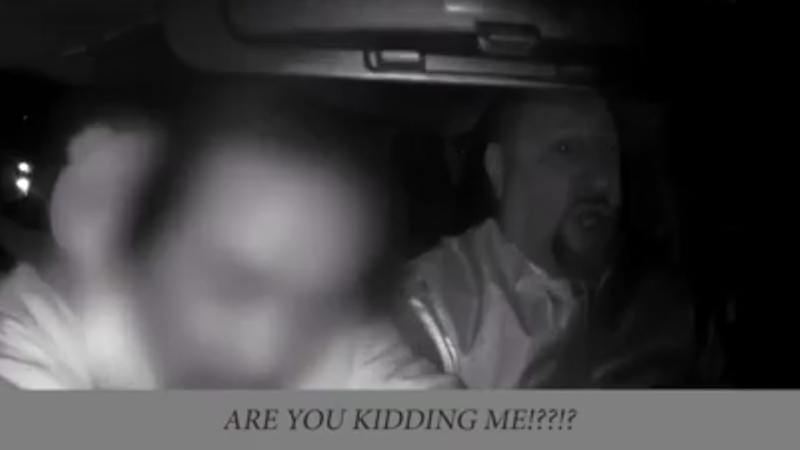 Uber driver struggles with passenger who grabs for wheel

SACRAMENTO, California -- It was not a great night on the road for a California Uber driver who had only one arm to use to keep a passenger from going for his steering wheel.

Dax Castro posted a dashcam recording of his struggle with a man sitting in his front seat.

According to Castro on Facebook, the ordeal took place as he was driving the passenger to a downtown Sacramento location, all while traveling at freeway speeds.

In response, the unidentified passenger told Castro, "You gotta trust me, brother," and "I love you, brother."

Castro is then seen slowing the vehicle down while trying to keep the man away from the wheel.

The post went on to mention that the passenger was later arrested after registering a 0.19 blood alcohol content.