KGO
By by Tiffany Wilson and Alan Wang 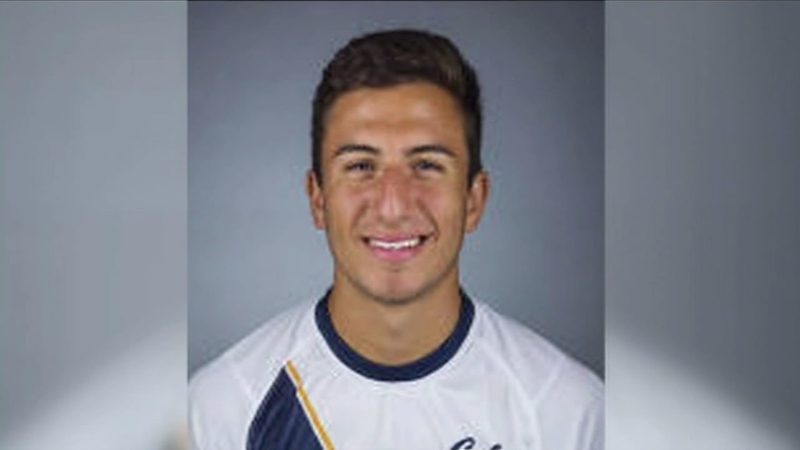 BERKELEY, Calif. (KGO) -- Teammates are expressing their sorrow over the death of a UC Berkeley soccer player who went missing from a Southern California fraternity party over the weekend. On Monday, the Cal Athletics Department tweeted a message that said: "Today we lost a beloved member of the #CalFamily, Eloi Vasquez. We send thoughts & prayers to his family & friends."

Today we lost a beloved member of the #CalFamily, Eloi Vasquez. We send thoughts & prayers to his family & friends. pic.twitter.com/Pq0VAEanJU

The entire soccer community came together over the past couple of days during the search for the 19-year-old. And now, they are coming together in their grief with MLS teams, NCAA, and even the Pac-12 tweeting out their condolences.

On behalf of the Quakes, our condolences go out to the family & friends of @CalMensSoccer player & Marin County native Eloi Vasquez.

"Eloi was a wonderful teammate," said UC Berkeley Soccer Coach Kevin Grimes. "He was very close to all of his players and our guys are grieving pretty hard right now."

Los Angeles police found the body of 19-year-old Eloi Vasquez around 2:25 a.m. Saturday. He was hit by a car on the Santa Monica freeway just a couple miles north of USC's campus.

His injuries were so gruesome that family members say officers thought he was an older man, until identifying him as the missing Cal soccer player on Monday.

"Eloi Vasquez was a wonderful young man," said UC Berkeley Assistant Athletic Director Wesley Mallette. "A fantastic student athlete, dedicated and devoted to everything he did."

Vasquez was visiting Los Angeles for spring break with his teammates. His grandma, Bonnie Mongolin, says he didn't really want to leave his younger brothers.

Early Saturday morning Vasquez told friends he wanted to leave a party at Tau Kappa Epsilon Fraternity and go to the beach. They tried to stop him, but he left.

He made two phone calls to Aurora Cardenas, a friend in Berkeley. She says he sounded confused and asked for help.

"He was just really worried and didn't know what to do," she said.

Eventually he hung up and he was hit by the car just seven minutes later.

On Monday, the freshman soccer player was remembered by his coach and teammates.

Teammate Alex Mangels said, "He meant a lot to us. We all saw how much he loved his family and how much he put into the game."

Grimes said Vasquez was a work horse both on and off the field. He had a 3.35 GPA and a lot of athletic potential.

"When you combine his talent level and that mentality, it's a safe bet he was headed to the MLS," Grimes said.

The 19-year old freshman, who was recruited out of Marin Academy, apparently didn't have any ID on him at the time of the accident. For two days, the CHP had an unknown fatal pedestrian case until they heard about the search for Eloi Vasquez.

So sad. A parents worst nightmare. Condolences to the family of Eloi Vazquez and the entire #cal family pic.twitter.com/UDEw8Q3wIW

Our condolences to the family of @CalMensSoccer player Eloi Vasquez.

The entire Pac-12 mourns with @CalAthletics over the loss of soccer student-athlete Eloi Vasquez. Our thoughts are with his family & friends

Heartbroken to hear of the loss of one of my fellow Golden Bears. Prayers up for Eloi's family and those blessed enough to have known him.

Our hearts go out to the @CalAthletics family.

Our sincere condolences to the family and friends of Eloi Vasquez and the @CalAthletics family.

My heart goes out to the friends and family of Eloi Vasquez, and to @CalMensSoccer. So sorry for this terrible loss.