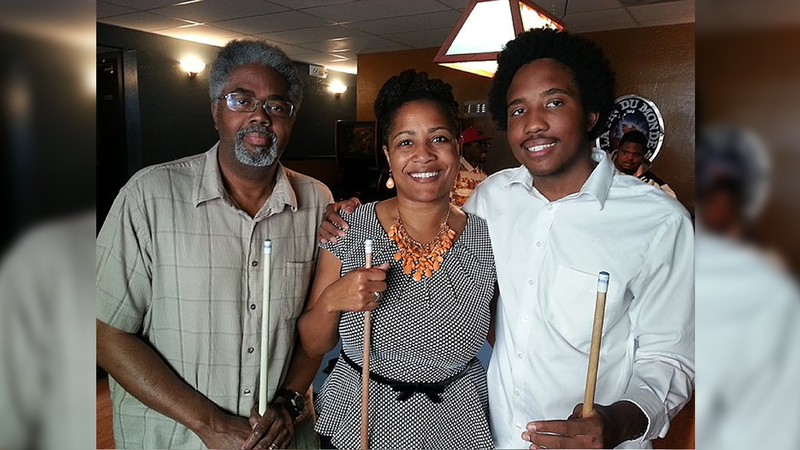 LOS ANGELES (KGO) -- The son of Oakland City Council member, Lynette Gibson McElhaney was shot and killed this weekend. Victor McElhaney, a student at the University of Southern California, was gunned down on a Los Angeles street corner Sunday morning for reasons still being investigated.

At 11 a.m. Sunday, Victor McElhaney was pronounced dead at a hospital in Los Angeles. Hours before, just after midnight, police say the 21-year-old was approached by a group of men and shot about a mile from campus in what police are calling a "possible attempted robbery." The group of suspects fled the scene in a vehicle. LAPD has not taken any suspects into custody.

"Victor represented our hope for our young people because he had it all," said Angela Wellman, the founder of the Oakland Public Conservatory of Music. She started teaching Victor music when he was 11-years-old and thought of him as a son. She says he was a shining example to Oakland youth. "If you have any question about how to be and move through your life as you grow into adulthood, pick up the phone and call Victor."

“Victor was a son of Oakland. He was a musician who drew his inspiration from the beat, soul, and sound of the Town and he belonged in every nook and cranny of Oakland.
I miss my baby.” Oakland Councilmember,Lynette Gibson McElhaney...her son,Victor,was shot and killed near USC😢 pic.twitter.com/nFwj5k2vQH

Wellman says her friend, Oakland City Council member McElhaney, flew down to Los Angeles with her husband Sunday morning after they learned that their son had been shot. Council member McElhaney shared a photo of her and her husband celebrating Victor's 21st birthday. In a statement, the grieving mother said in part: "Victor was a son of Oakland. He was a musician who drew his inspiration from the beat, soul, and sound of the Town and he belonged in every nook and cranny of Oakland. I miss my baby."

It's the second such tragedy for the councilwoman. Torian Hughes, a 17-year-old who she helped raise, was shot and killed in Oakland in 2015 when someone tried to rob him just before Christmas.

"If a gun is part of a thing that can take away a life so quickly, so senselessly, so tragically, we need to address that as a society," said Kev Choice, an Oakland musician who was Victor's mentor. Choice taught Victor when he was a high school student at Oakland School for the Arts and was proud of Victor's chosen path to play the drums and study jazz at USC. "He was following his dreams, he was pursuing his passion, he was dedicated. So we felt like he was in our arms, he was good. So to hear something like this, it doesn't make any sense at all."

Council member McElhaney said that arrangements for services in Oakland will be made as soon as Victor is brought home.

McElhaney released the following statement on the death of her son:

It is with the utmost sadness that I share with you the tragic news that my son, Victor McElhaney, was slain last night in a senseless act of violence.

Victor was a 21-year-old senior at USC Thornton School of Music, where he was pursuing his lifelong love of music with some of the greats.

Victor was a son of Oakland. He was a musician who drew his inspiration from the beat, soul, and sound of the Town and he belonged in every nook and cranny of Oakland.

I miss my baby. Please keep me, my family, and all of my son's friends in your thoughts and prayers.

We are beginning a new chapter in this reoccurring circle of violence...And it will take all of us together to make it through this tragedy.

Arrangements for services in Oakland will be made as soon as Victor is brought home.

Representing#LoveLife in the Heart & Soul of the Town

We are deeply saddened by the death of Victor McElhaney. He was a gifted musician and a beloved member of the Trojan Family. His loss will affect all of the faculty and students who knew him. We appreciate the diligent and ongoing efforts of the Los Angeles Police Department to quickly identify and arrest those responsible for this senseless crime and extend our greatest sympathies to Victor's family and friends.