What is a finger lime? And should you eat it? 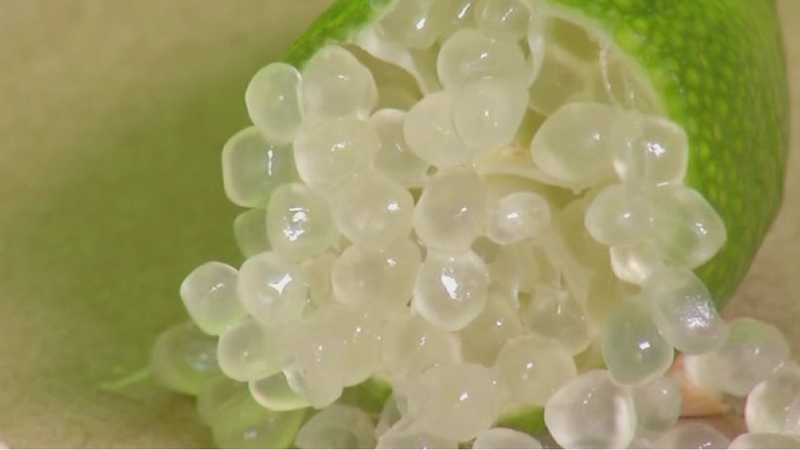 VISALIA, Calif. -- They may be a little funny looking, but a unique Valley grown lime pops with flavor and are called finger limes.

"This wild citrus that grows in Australia that the contents look like caviar and pop when your teeth crush them, it's just a lot of fun with everything," said Jim Shanley of Shanley Farms.

Shanley grows the Citriburst Finger Lime in Visalia and it takes about 20 weeks for it to grow from flower to fruit. It starts flowering in March and blooms every two to three weeks until October, with crews harvesting from June until January. The outside of the skin is similar to a lime, but the inside is different with individual lime burst-- and the taste is unique as well.

"It's tart like a lemon or a lime, some people say it has a grapefruit note that could come from some of the oils in the skin. It has quite a pungent oil in the skin when you squeeze it like this-- you might get some on there, that's where some of the grape fruitiness comes from."

The Finger Limes are sold at some Whole Foods.

"It's just too cool for people not to want to put it as a garnish on anything chicken, fish, in yogurt in the morning," said Shanley.

They said social media has helped bring their product to foodies near and far.

"We had an Instagram story that in 24 hours had 3.2 million views, so we literally have tens of millions of impressions that we're creating," said Shanley.