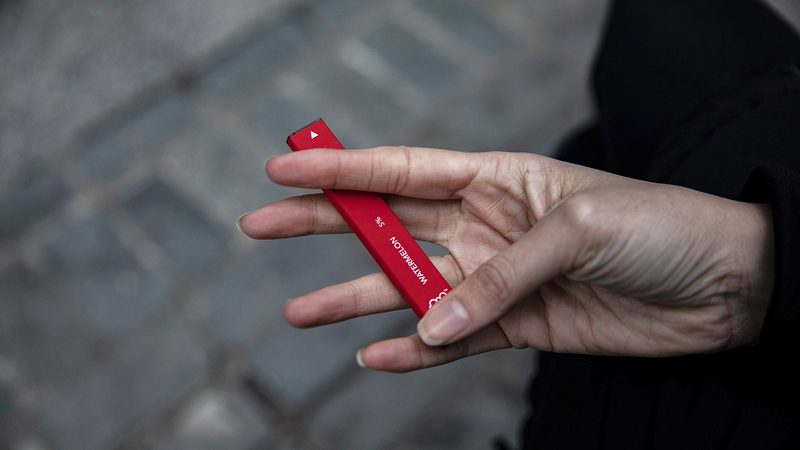 Despite a recent ban on most flavored e-cigarettes popular with underage teenagers, some kids are finding a way around it.

The Food and Drug Administration's new rule bans the sale of flavored e-cigarettes with refillable cartridges, but a loophole allows disposable flavored vapes to remain on the market.

"I calculated all the money that I've used on Puff Bars in like the last two months, and it was like $300. And like, it just like makes me mad at myself almost, because I hate that. And I don't want to be addicted," she said.

The partial ban on e-cigarettes came about after a string of vaping-related illnesses. Fruit, candy and dessert flavors were prohibited in an effort to curb access to products that appeal to young people.

Yet Matt Myers, from the Campaign for Tobacco-Free Kids, said these flavorful Puff Bars still have just as much nicotine as a pack and a half of cigarettes.

McClure and her fellow sophomore, Nate Allbritten, are now urging Congress to close this loophole.

Last week, the House passed a bill to ban the sale of all flavored tobacco products, and McClure and Allbritten said they hope this will prevent other teens from becoming addicted.

"It's just the hardest thing to do because once you finally feel like you're getting somewhere, it just pulls you back in," Allbritten said.