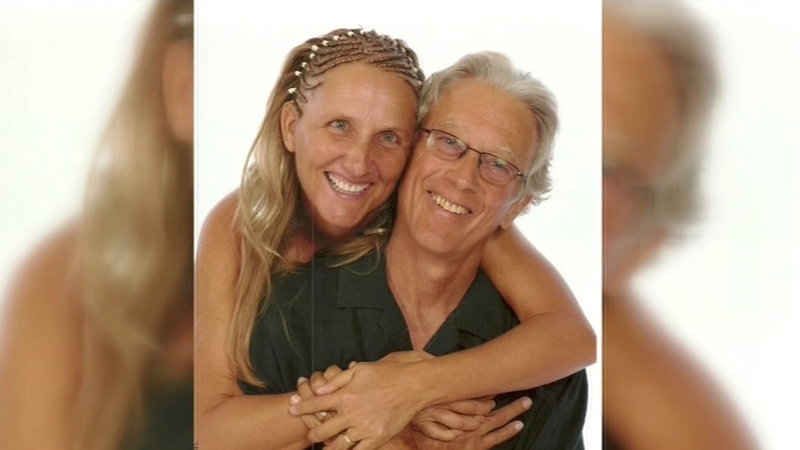 At least four investigators are now working the case in Portland. Tips are still coming in from the public, which has been key break in this case.

More than 24 hours after their arrests, the three suspects remain something of a mystery. They lacked any traditional forms of identification. "All three people seem to be living off the radar," Marin County Sherrif's Office Lt. Doug Pittman said. "The best way I can describe it? They appear to be lost souls."

Officials recovered the gun believed to be the one used to kill Carter when they arrested three young people in Oregon traveling in the victim's car. "We knew we were looking for a certain caliber. Other information I cannot share at this point, but the weapon is a match in terms of similarity for what we are looking for," Pittman said.

Pittman said the three suspects will be extradited to California after investigators tracked them from the homicide scene, a hiking trail 20 miles north of San Francisco to a community dining hall 600 miles away in Portland, Oregon.

Officials identified the suspects as Sean Michael Angold, 24, Morrison Haze Lampley, 23, and Lila Scott Alligood, 18. The sheriff's office said none of the suspects has a known permanent address.

No charges have been filed. Pittman said the trio may be transferred to a Marin County jail sometime next week.

A hiker found Carter's body about 6 p.m. Monday. Carter was still holding the leash of his dog, which was also shot. Carter's Doberman pinscher was turned over to the Marin County Humane Society and is expected to recover.

Carter drove to the trail, and his 2003 Volkswagen station wagon was gone when police showed up. Using GPS technology, Marin County sheriff's investigators tracked the car to Portland where the three were arrested without incident.

It is unclear what kind of device was used to track the suspects, but apparently they are more common than many people may realize. An employee at Custom Mobile Electronics in San Rafael described embedded transmitting chips as unmentioned standard equipment in most modern cars. "General Motors, Toyota, all the major manufacturers have some sort of tracking, warning, crash breakdown. You can get an email alert that your car is overdue for service based on the communications from the GPS system in the car to the manufacturer," Marty Barry said.

Pittman said investigators were also aided by surveillance footage from a gas station in Point Reyes that showed the suspects with the stolen car about a half-hour after the murder. "So many people are in possession of cameras in cars, homes, businesses," he said. "Those types of systems became crucial to the pursuit and apprehension."

Carter had moved to Costa Rica from California with his wife, Lokita Carter, last December, but they returned in July when she was diagnosed with breast cancer.

Before moving to Costa Rica, the couple ran the Lake County-based Ecstatic Living Institute, which they founded in 1999 to teach subjects such
as tantric massage and yoga.

Lokita Carter has been regularly blogging about her battle with cancer and has tried to raise funds for her treatment on a GoFundMe page.

She wrote in an update on the page Wednesday thanking people for their support following her husband's death. "I am beyond words, and it is only the knowledge how much you all love Steve, and me, that keeps me going at this extremely difficult time," she wrote. "May you celebrate each moment that life gives you, and may you love your beloveds as much as humanly possible every moment, because we just never know when life will come to an end, and that hug you gave each other might be the last one," she wrote.

In the meantime, investigators in Marin County continued to scour the escape route searching for any evidence the suspects may have tossed away. Detectives have already found the victim's wallet.

Official said it may be several days before the suspects arrive Marin County to face charges.

#fairfax murder- Small memorial in an out-of-the-way spot some 100 yards below the trailhead. pic.twitter.com/zXL7hCr6M6

#Fairfax murder-Flowers & a photo honor Yoga guru Steve Carter’s memory at the spot where he died from bullet wounds pic.twitter.com/7ChG7xZQIm