KGO
By J.R. Stone
SAN FRANCISCO (KGO) -- A San Francisco firefighter who died last week was knocked over a third-floor railing by a water blast from a valve he had "inadvertently" opened during a training exercise, authorities said in a preliminary report released Sunday.

Firefighter Jason Cortez, 42, was participating in a training drill Wednesday when he was injured. The married father of two died an hour later at a hospital. Fire officials previously described his death publicly as a "training accident."

A preliminary report by the department suggests that coronavirus precautions and restrictions were a contributing factor in Cortez's fall. Engine 3 conducted a pump training operation alone since multi-company drills are suspended due to COVID-19 concerns. Basically, there were four firefighters doing a training drill instead of the usual eight.

We spoke Rob Rappaport, a fire consultant unaffiliated with the department.

"Just the fact that you don't have a ton of supervision of experienced firefighters or officers could contribute to things going wrong depending on the experience level," says Rappaport.

The fire department on Sunday released a copy of the preliminary investigation's findings to ABC7 News.

The report said, in part:

"During the course of the drill, the Firefighter Paramedic (FF/PM) working on the third floor, returned to the fire escape and inadvertently opened the gate on the wye which did not have a hose line attached. The stream of water coming from the wye struck him in the chest, knocking him backwards into the fire escape railing, causing him to fall backwards off the fire escape. The member was treated on scene for critical, traumatic injuries, and transported to the closest trauma center. The FF/PM succumbed to his injuries on October 7, 2020."

For reasons that aren't known, Cortez left other firefighters who were dousing a simulated fire on the third floor of a training tower and went to a fire escape, the report stated. There, he "inadvertently" opened a valve - possibly intending to drain water - that did not have a hose connected to it, and a stream flowed out at as much as 100 pounds per square inch pressure.

Rappaport said it's unclear from the preliminary report if his gear may have hit the valve or if Cortez went to drain the hose.

"Local 798 and its membership are mourning the tragic death of our brother, Jason Cortez. As can be expected, his family and our Department are trying to cope with and process his untimely departure. Local 798 and the San Francisco Fire Department are honoring the family's wishes and allowing them to mourn before moving forward with planning his services. We do want to acknowledge and show our appreciation to everyone who has expressed their support and condolences during this difficult time."

San Francisco fire officials held a procession for the fallen firefighter from the hospital to the medical examiner's office.

"This is a very trying time," San Francisco Fire Lt. Jonathan Baxter said Wednesday, describing Cortez as a paramedic who had been with the department since 2007 and was stationed in the Tenderloin.

Cortez was a firefighter-paramedic, advocate for public safety, father, husband and a son of a retired San Francisco firefighter.

"He was a go getter," Fire Chief Jeanine Nicholson said Wednesday. "He cared about people, he loved his job. He loved the people he worked with, and he loved his family. And our job in the fire department right now is to hold one another up, to take care of his family and to complete an investigation."

A San Francisco firefighter has died after falling three stories during training, SFFD officials said. Jason Cortez, 42, was a firefighter paramedic, husband, father and son of a retired SFFD firefighter. 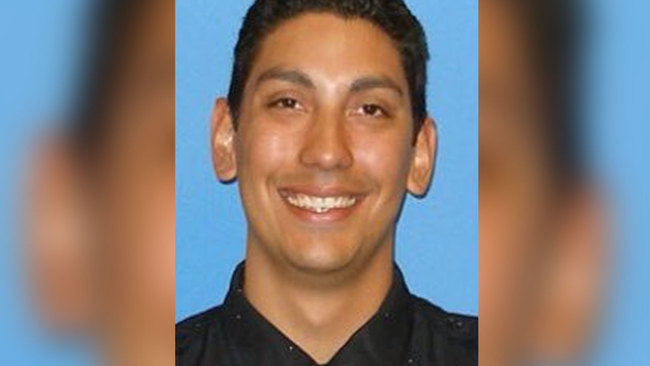