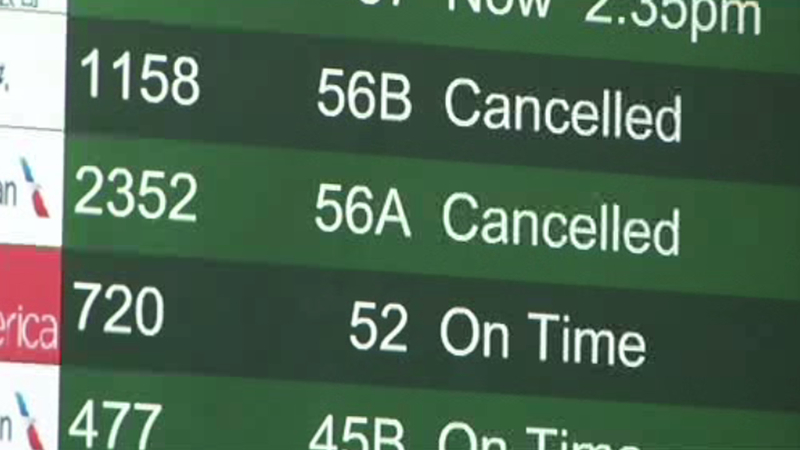 SAN FRANCISCO (KGO) -- A travel advisory has been issued for those traveling to Mexico due to Hurricane Patricia.

Only one flight flight leaving a Bay Area airport had been cancelled Friday. It was an Alaskan Airlines flight from SFO to Puerto Vallarta. However, that may change over the weekend.

The current travel advisory is for Mexico's coastal cities, including Puerto Vallarta, Ixtapa and Manzanillo, but other inland cities, such as Mexico City, could be added over the next few days. 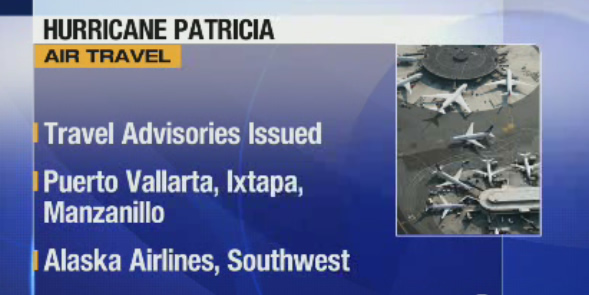 A current travel advisory has been issued for Mexico's coastal cities, including Puerto Vallarta, Ixtapa and Manzanillo.

Puerto Vallarta may be a popular tourist destination, but is not a major airline hub. If it were, then the lines at SFO could have been much longers.

"I was on a flight at 3:40 that was cancelled," said Pete Fowler, who planned a vacation in Mexico.

Only one flight cancelled from SFO to Mexico today due to #Patricia, and this was not it. pic.twitter.com/vtpRKuUgv8

"The airlines are not going to want to run a large number of flights into a region that could potentially see stranded flights or diverted flights," explained Doug Yakel, a spokesperson for San Francisco International Airport.

Southwest and Alaskan Airlines are waiving changes fees that may be related to potential delays or cancellation owing to Hurricane Patricia.

Other airlines may also amend their policies as the hurricane makes landfall.

Check with your airline carrier for any flight changes or delays before traveling.

Future SFO flights to #Patricia zone/zones to be determined. So far, little impact. Give it time. pic.twitter.com/E0GUFY93XD