ABCNews
By by Lana Zak 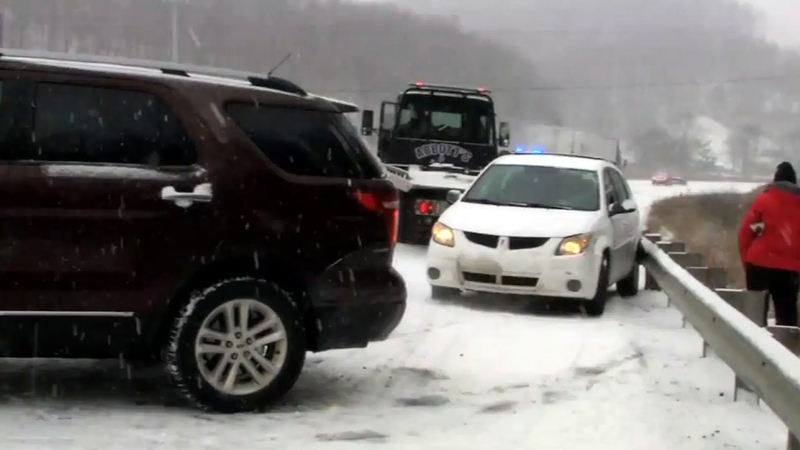 WASHINGTON DC -- A state of emergency has been declared in several states in advance of the major blizzard this weekend and even more snow may follow.

At least 20 states are already under a winter weather watch for this weekend and the eye of the storm is expected to land in the nation's Capitol where traffic was at a standstill on Thursday.

Drivers were stuck for hours because roads were not treated in advance of all the snowfall.

They called the mega-storm in Washington D.C. in 2010 Snowmageddon and officials said this storm could be worse. "This is predicted to be the worst storm our state has seen since Snowmaggedon in 2010," Maryland Gov. Larry Hogan said.

Hogan urged residents to have a week's worth of supplies on hand, promising public works will be prepared too. "Statewide SHA has 2,700 pieces of equipment that will be deployed and is ready with 365,000 tons of salt to battle the storm," Hogan said.

With up to two feet of snow predicted, residents are preparing for the worst.

A store in Chesapeake, Virginia, is being forced to limit the amount of snow supplies each customer could purchase. "The fastest-moving thing has been the snow shovels, we're down to our last few of them, which is like three or four," Staton said.

A Trader Joe's supermarket in Washington D.C. is only allowing 10 shoppers in at a time to control the crowd.

And after Wednesday's relatively minor snowfall caused major accidents, the stakes are even higher.

It isn't just snow, now forecasters are predicting the possibility of tropical 4 storm winds in the nation's Capitol, threatening to bring traffic to a complete standstill.

Officials said travel will be impacted and families should prepare for potential power outages. "The thing that has us worried about this storm is just the depth of the snow and the potential for wet snow," Appalachian Power spokesperson Phil Moye said.

Some airlines are already waiving change fees or offering refunds if you have a flight booked through impacted cities this weekend.

American Airlines is canceling the bulk of its flights in the Northeast ahead of the storm.

At its Charlotte hub, all 654 American flights are canceled for Friday. The airline will not keep any jets there overnight, with plans to resume flights to Charlotte on Saturday morning.

The three Washington and Baltimore area airports will see flight cancelations starting Friday afternoon with all flights canceled there Saturday.

The only good news for fliers: Saturday is the slowest travel day of the week. There are a little more than 22,000 flights scheduled to, from or within the U.S., according to flight tracking service FlightAware. That's about 5,000 fewer flights - and 400,000 fewer passengers - than on Thursday or Friday.

All major airlines have issued waivers for travel over the weekend, allowing passengers to re-book onto earlier or later flights to avoid the storms.