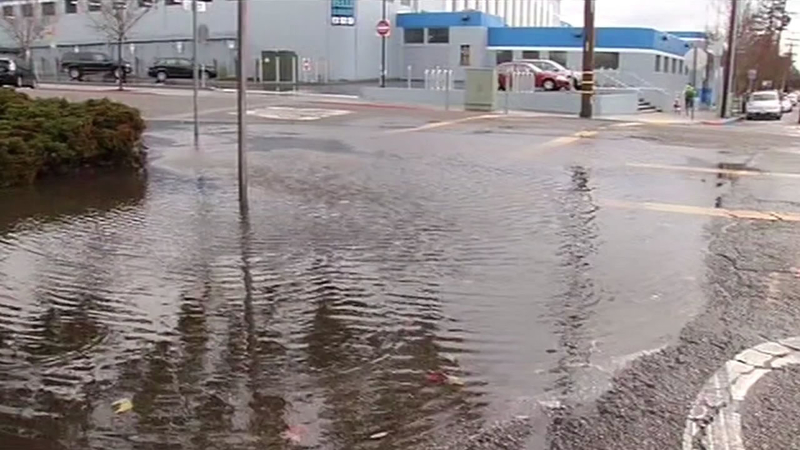 BERKELEY (KGO) -- In the East Bay, rain caused plenty of puddles and prompted people to don rain slickers and pop up umbrellas, but many people celebrated the steady rain showers. And they're hoping for more.

The steady rains made for a slow and soggy commute. East Bay traffic heading into San Francisco was backed up for most of the day, causing significant delays.

In Berkeley, some storm drains were overwhelmed by the combination of leaves and rain, causing them to back up.

Power did go out for an hour and a half in the area around Fourth Street and Delaware in Berkeley.

The staff over at Bette's Diner jumped into action to make sure people who needed to warm up from the rain had a someplace to go.

Even with no power, cooks kept humming along, frying up home-style potatoes and sending out flapjacks.

Breezes kicked up a little around mid-day, but like the rain, it was nothing too serious.

"It's nice, it's not too much, it's not torrential, it's not causing floods, it's just great," said Berkeley resident Paula Greer. "I'm sure there will be trees down, but you know."

Alameda County Public Works said there were some branches that snapped off trees, but they had no calls of whole trees coming down and no reports of major damage.

Caltrain also experienced some delays Tuesday morning after the morning downpour caused the tunnel to flood under the Palo Alto station. 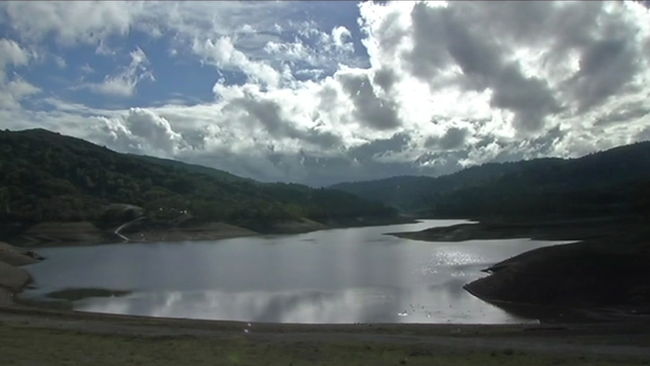 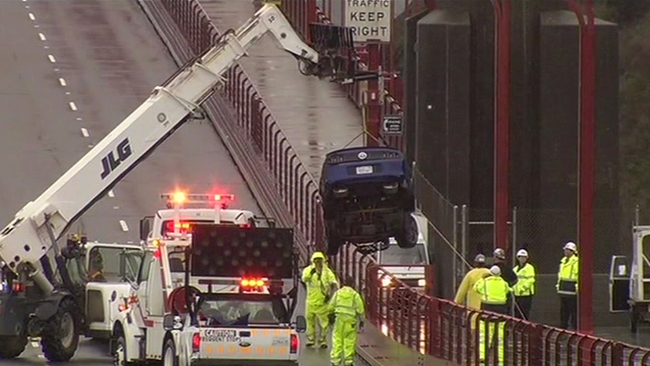 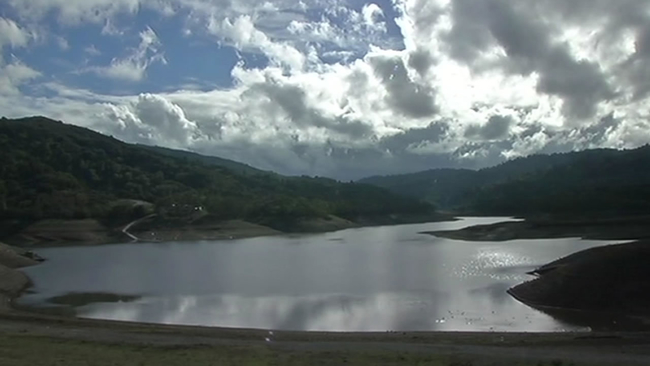 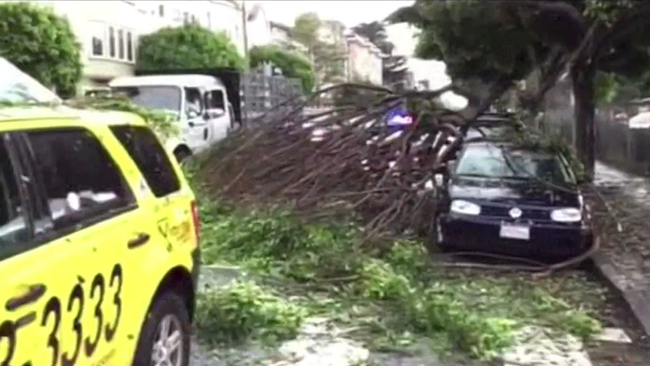