The Ultimate Guide To How Much To Spend On Wedding Gifts 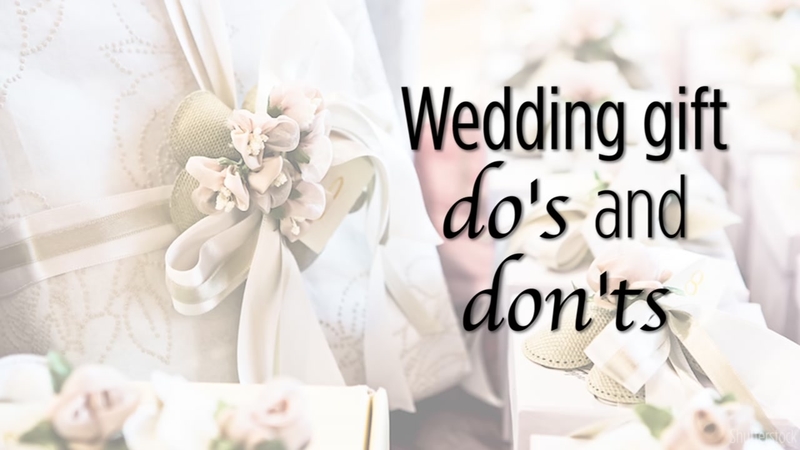 The Ultimate Guide To How Much To Spend On Wedding Gifts

This story originally appeared on FiveThirtyEight and is reprinted with permission.

Nobody ever taught me how to do wedding gifts. Sometimes I feel unsure about how to navigate the couple's registry. Is my relationship with the couple befitting a Bed Bath & Beyond stainless steel double-wall cocktail shaker, or does our friendship really warrant going for the Williams-Sonoma mini-pizza stone set? Do I have to get the full-size pizza stone set rather than the mini if I bring along a plus one? Is cash kosher? Can't I go way off-book and just get them a bunch of fireworks and theme park passes?

Emily Post is telling me one thing, wedding forums are telling me another, and Pinterest is just making me feel like a thoughtless monster. So I did what anyone with burning questions about wedding etiquette and a longstanding relationship with a polling company would do: I put the questions out into the world. SurveyMonkey Audience ran a poll Aug. 23-24 for us about societal norms around weddings that garnered 1,050 completed responses.

The big question first: How much money should we spend on wedding gifts?

It definitely depends on how well you know the couple. If a member is in your immediate family, the trimmed mean1 gift spending was $147, and if they're extended family, that drops to $71. If there's a close friend in the couple, the average spending was $82, and for someone you consider just a friend, the average amount given was an even $50. 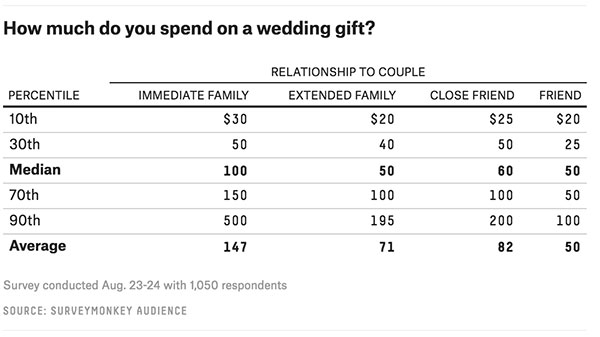 I've heard a lot of different, often contradictory advice about whether the size of your gift needs to be commensurate with the size of your party at the wedding. But a majority of respondents - 67 percent - said that you should spend the same amount on a gift even if you're bringing a plus one, compared with going stag. A further 15 percent said you should buy a gift around 25 percent more expensive, and 12 percent of people said about 50 percent pricier.

That money doesn't actually need to go to a gift off the registry: An overwhelming majority of respondents, 94 percent, said that money was a perfectly acceptable wedding gift.

On some matters of gift etiquette, things get interesting when you dissect responses by age and gender. For instance, slightly more women than men - 81 percent versus 75 percent - said that a wedding gift should be for both people getting married rather than just for one member of the couple. Men were also more nonchalant about whether one is obligated to send a gift to a wedding you're invited to but cannot attend: 38 percent said that there was an obligation, compared with 45 percent of women.

On the other hand, men were more adamant about getting the gift to the couple before or on the wedding day (60 percent of men versus 46 percent of women), rather than sometime after the nuptials.

But the survey's real advice is for newlyweds: Some people really care about thank-you cards, but not all care to the same degree. 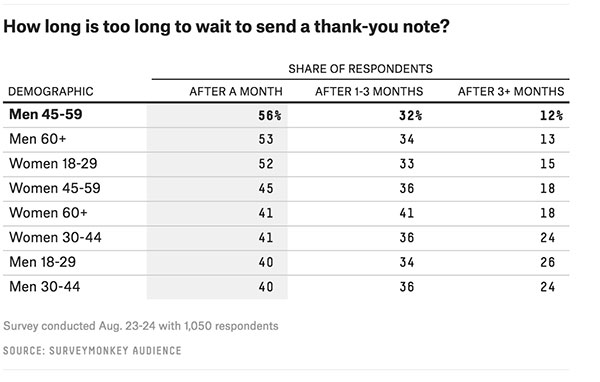 If I had to guess the demographic subset in the poll who were very adamant about receiving the thank-you card within a month, I would not have expected that it was men above the age of 45. It appears that a thank-you card is all it takes to either have a long, friendly relationship with Uncle Aloysius, or commit an offense that leads to getting excised from his will, based on the findings of the poll. 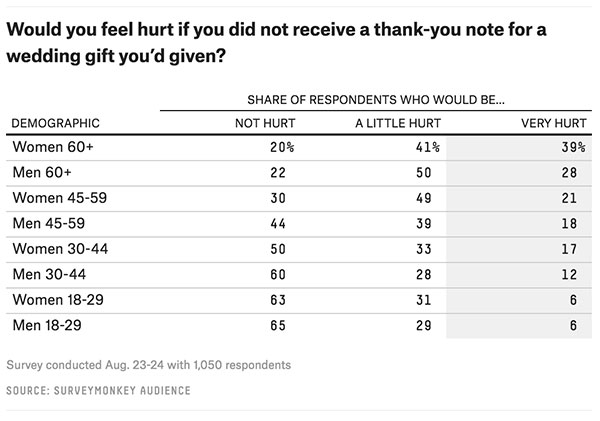