What's the difference between a fire whirl and a firenado? Watch video of both

Fire whirls are rare, but can happen during a powerful fire like the Carr Fire, which burned thousands of acres near Redding, Calif., this summer.

Scientists say the winds generated by the flames begin to whirl around each other, creating a vortex. The flames then begin to spiral upwards.

The fire whirl captured in this video sent sparks shooting out in all directions as it towered above the trees.

A fire whirl is not the same as a fire tornado, or firenado. Cal Fire says just such a tornado killed a fire inspector near Redding in late July.

Winds in that fire hit 165 miles and the flaming twister spun thousands of feet into the sky. 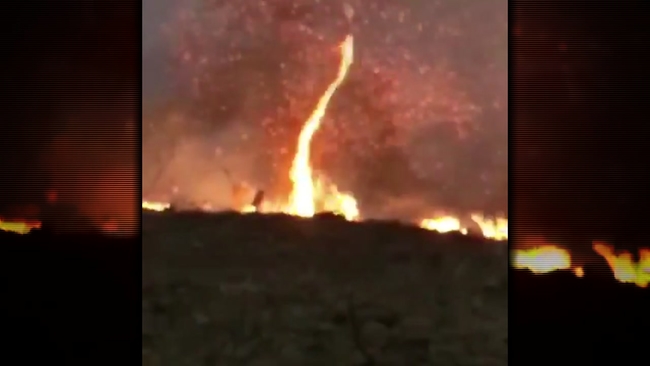