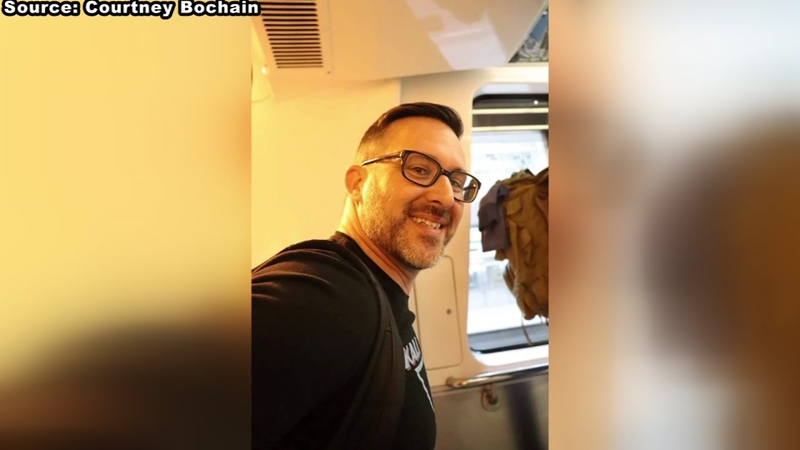 HOUSTON, Texas -- A Houston-area woman has a message to women around the world: watch out if a man who looks like her boyfriend tries to romance you. She says it's a scam.

"I was just like, you know what, 'Ladies, if you're in love with this man or think you are, I hate to be the bearer of bad news but it's a scam,'" Courtney Bochain told Eyewitness News.

She says pictures of her boyfriend, Lee Johnson, have been stolen by a scammer who is using them to trick unsuspecting women into sending money. The mystery person has even sent an engagement ring to one person.

At first, the couple laughed about it.

That is until Bochain decided she needed to do something about it.

"There are some crazy women out there who will do some crazy things when they think they're in love," said Bochain.

One woman was in Tennessee and the other in Brazil. Both believed they were in a long-distance relationship with the man because he told them he was in the military overseas.

The woman in Brazil sent him money and when he disappeared, Bochain says she found her on Facebook and called him a con artist. The women, they say, are the ones being conned.

"It's a mean thing to lead someone on without being honest with them," said Johnson.

It's called "catfishing," a term that means luring someone into a relationship by means of a fake online persona and it's nothing new. The couple thinks he was a target because he used to have a business with a significant social media presence and he's a former soldier, which may make him seem more trustworthy.

To avoid being "catfished," experts suggest doing a "search by image" to check for multiple accounts using the same photo. Also, look for low friend counts and photos with no tags in them on Facebook and don't be afraid to ask questions.

Johnson wants to know who is using his photos and Bochain wants her warning on the record. She posted it on Facebook.

"If more people come and find our pages, I want them to see it right there, 'Oh, I got scammed,'" said Bochain.