VIDEO: Woman with baby leads Texas troopers on high-speed chase and then tries to carjack another motorist 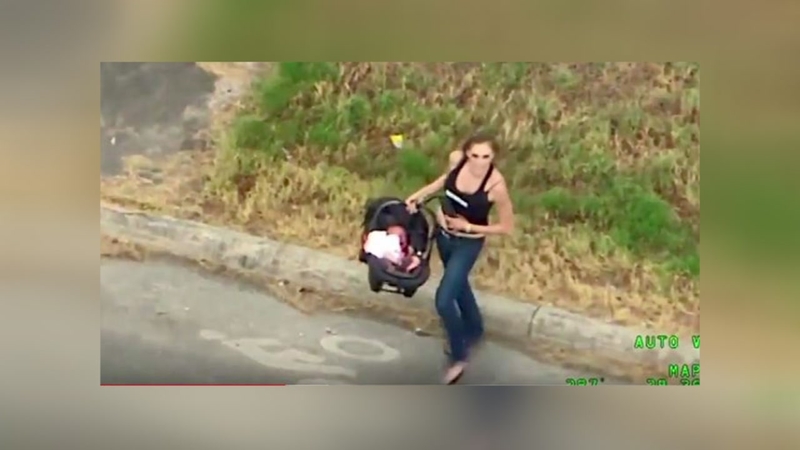 The Texas Department of Public Safety released new video of a woman with a baby leading authorities on a chase that happened in June.

The footage shows a woman driving at a high rate of speed before crashing into another vehicle at an intersection.

The woman is then seen pulling a baby out of the back of her SUV and running from police while holding the child and then jumping into the front seat of a passing vehicle.

The driver of that vehicle quickly ran out and removed a child from the back seat before troopers are seen taking the female suspect into custody in the middle of the road.