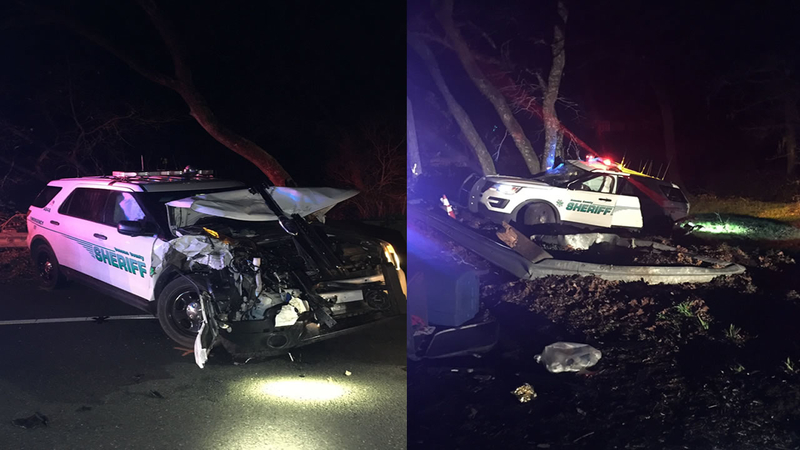 SONOMA, Calif. -- Two Sonoma County deputies were injured Wednesday evening in a crash on state Highway 12 that closed the road for about two hours, according to the California Highway Patrol and the sheriff's office.

The crash occurred at Melita Road shortly before a Sig-alert was issued at 6:19 p.m.

Sheriff's officials said the deputies were responding to a domestic violence call.

One deputy suffered moderate injuries and was taken to a hospital.

Two deputies injured as they responded to a domestic violence call. The collision occurred on Highway 12 near Melita Road, Santa Rosa. One deputy was transported to an area hospital with moderate injuries. Press release to follow. pic.twitter.com/1Az5xWo6ES

State Highway 12 reopened in both directions on Wednesday evening around 8:05 p.m.

CHP officials said 30 feet of metal guardrail was damaged as well as posts and a road sign.