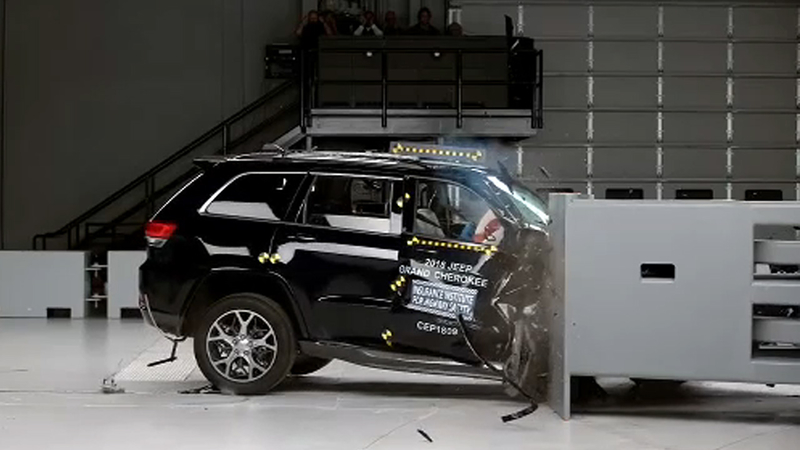 The companies market life insurance and annuity policies in the state. California's Insurance Commissioner says more than 100 people have complained. They say they're being double-billed, and can't get electronic access to their accounts.

Accordia and Athene have more than 50-thousand life insurance policies in California. The Department of Insurance is seeking to suspend their certificates of authority, which would in effect stop them from selling new policies.

The companies haven't responded to the allegations.

Two of the country's most popular SUVs rated at the bottom in the Insurance Institute for Highway Safety's crash tests.

The Jeep Grand Cherokee and Ford Explorer both rated "poor" in the tests. The IIHS put eight midsize SUVs to its passenger side small overlap front crash test, which mimics a violent collision at 40 miles per hour. Six of the eight received "good" or "acceptable" ratings.

In the Explorer test, the door frame was crushed in by 15 inches at some spots. The IIHS says there is a high risk of injuries to a passenger's hip as well as lower leg. Ford says it is redesigning the SUV to have better protection on both the passenger and driver sides.

The Jeep Grand Cherokee crushed 10 inches in testing. Even more alarming, the dummy in the passenger seat hit the dashboard through the front airbag, and then outside the SUV because the side airbag didn't deploy and the door opened. The IIHS says leg and head injuries are a concern in this type of crash.

You can check all the ratings here.

Toys "R" Us is boosting discounts in the final days of its liquidation sales.

In a Facebook post, the company says customers can find discounts of 50 - 70 percent storewide, with limited exclusions.

Discounts apply at Toys "R" Us as well as Babies "R" Us.

However, you may not find everything you're looking for. Analysts say most of the good stuff sold weeks ago.

Toys "R" Us announced in March it was bankrupt and would close all 800 of its stores after more than six decades in business.