Some current OPD officers liked and commented on his social media posts, and now, the department is investigating those officers.
KGO
By Dan Noyes 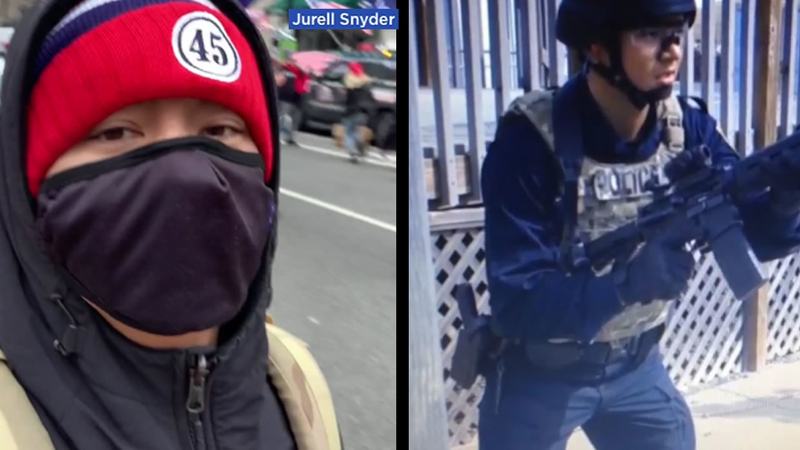 OAKLAND, Calif. (KGO) -- A former Oakland police officer has received a visit from the FBI. Jurell Snyder tells the ABC7 I-Team, agents interviewed him about attending last week's Trump rally that led to the assault on the Capitol, and about his social media posts promoting conspiracy theories.

Some current Oakland police officers liked and commented on Snyder's posts, and now, the department is investigating those officers.

RELATED: CA Proud Boy's video of US Capitol riot could be used as evidence against group

Jurell Snyder left the Oakland Police Department in 2015; he's now a data analyst living in Texas. Last week, he traveled to Washington, DC for the Trump rally contesting the election results, and gave the I-Team pictures shown in the video posted above..

Dan Noyes: "Why did you feel it necessary to go to DC for the rally?"

Jurell Snyder: "I felt that our government's not being transparent and that this election was stolen from a majority."

The Menlo Park candy store, Sugar Shack, is facing threats and getting trashed online. So much so, that store had to close early on Thursday.

Snyder still believes that, even though state election officials certified the results, the Trump campaign lost sixty lawsuits over the issue, and the US Supreme Court declined to take it up. He was there as the crowd stormed the Capitol.

Dan Noyes: "Were you actually inside the building yourself?"

Jurell Snyder: "No, I think, you know, I don't condone those actions. Here, you have a protest with hundreds of thousands of people, you know, and it's just that small fraction of people who go in and kind of, you know, maybe taint the message."

Snyder said, "I am 100% certain that there were people who were not Trump supporters that were there to destroy our message, you know, dressed in all black."

It is true that John Sullivan, a liberal activist from Utah, got arrested yesterday, accused of taking part in the riot inside the Capitol, but dozens of Trump supporters have been arrested.

Dan Noyes: "I mean, you aren't denying that Trump supporters did break into the Capitol and wreak havoc?"

After the insurrection failed and Congress affirmed the election results, Snyder returned to Texas and continued posting conspiracy theories on his social media. As our interview started, Dan Noyes noticed a post-it note over his shoulder.

Jurell Snyder: "It's my motivational note."

"Where we go one, we go all" -- the rallying cry for QAnon, a conspiracy theory that America is run by a cabal of pedophiles and that President Trump is the only person who can stop them. Snyder posted that and a meme about the Boogaloo movement, whose members may be planning armed violence at state capitals in advance of the inauguration, according to a recent FBI warning. Agents interviewed Snyder at home Tuesday; he says the FBI seemed satisfied with his explanation.

"Boogaloo is like you're a veteran. You're not in the military anymore, and China and Russia invades us. Now, that's the Boogaloo. We're all putting our Hawaiian shirts on and we're going to try and, you know, team up with whatever it be, regular military or police officers and defend our homeland."

When The Oaklandside broke news that current Oakland police officers were liking and commenting on Snyder's controversial posts, the department launched an internal affairs investigation.

Interim Chief Susan Manheimer addressed it at last night's police commission meeting, saying, "One of our former members came out condoning these actions. It was simply horrifying... We are absolutely, absolutely devastated when a member, either current or former, espouses something that goes against the heart and alignment of Oakland values and the reforms and progress that we've made."

The head of the Oakland Police Officers Association, Barry Donelan, supports the investigation, emailing the I-Team, "If some cop thinks it's OK to like the Boogaloo movement, I don't want any part of them."

Snyder tells us he does not support any violent action against the government.

Dan Noyes: "At what point do you say, 'OK, enough, we accept the outcome of the election'?"

Jurell Snyder: "I mean, I don't think I will accept the outcome, I wouldn't resort to violence."

The CHP is taking action after the FBI warning, canceling permits for all events at the state capitol leading up to the inauguration, including a pro-Trump rally that was set for this weekend.
Report a correction or typo
Related topics:
societywashington dcoaklandriotprotestopdus capitoli teampoliceinvestigation
Copyright © 2021 KGO-TV. All Rights Reserved.
I-TEAM 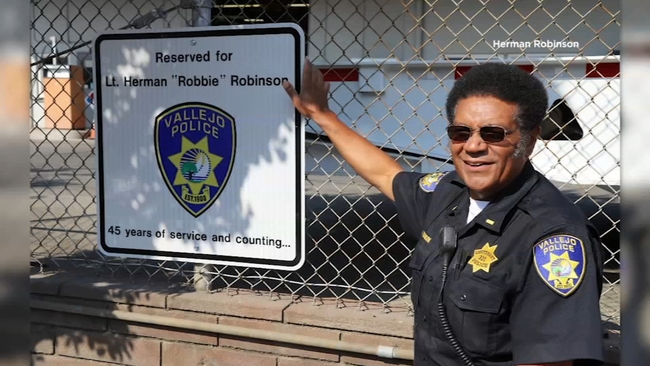