Omuro was arrested Wednesday after he was indicted for money laundering and facilitating prostitution on the website MyRedbook.com.

He was supposed to show up for a hearing at 9:30 a.m. Friday. But when he didn't, the judge issued a bench warrant for his arrest.

The FBI rushed agents to his home in Mountain View, the same place they raided Wednesday in search of evidence. They also headed to an apartment in Santa Clara where he was known to spend time.

Then about half an hour later, the FBI found him, reportedly because he was wearing a tracking device, a condition of his release on top of the half million dollar bond.

The 53-year-old Mountain View man with the alias "Red" finally appeared in court. He said he thought the hearing was later in the day and not Friday morning. The judge accepted his excuse.

Friday's hearing was to discuss Omuro's request for a private attorney. He said he couldn't go on the computer to Google one because of the judge's order prohibiting him from using the internet. Omuro called it a "great inconvenience." The judge shot back, "You face more serious charges than just inconvenience."

Police say my MyRedbook was the most popular internet site used by traffickers.

Coincidentally, the website takedown happened just a couple of days after a nationwide crackdown on human trafficking, which resulted in the recovery of 168 children and 281 pimps.

ABC7 News was embedded with the FBI and the San Rafael Police Department, which used decoys to set up dates through MyRedbook.

"Most of the operations started through social media online type decoys," San Rafael Police Cpl. Justin Graham said. "And it just makes it easier. People don't have to walk the streets so we find the shift has gone to the internet. 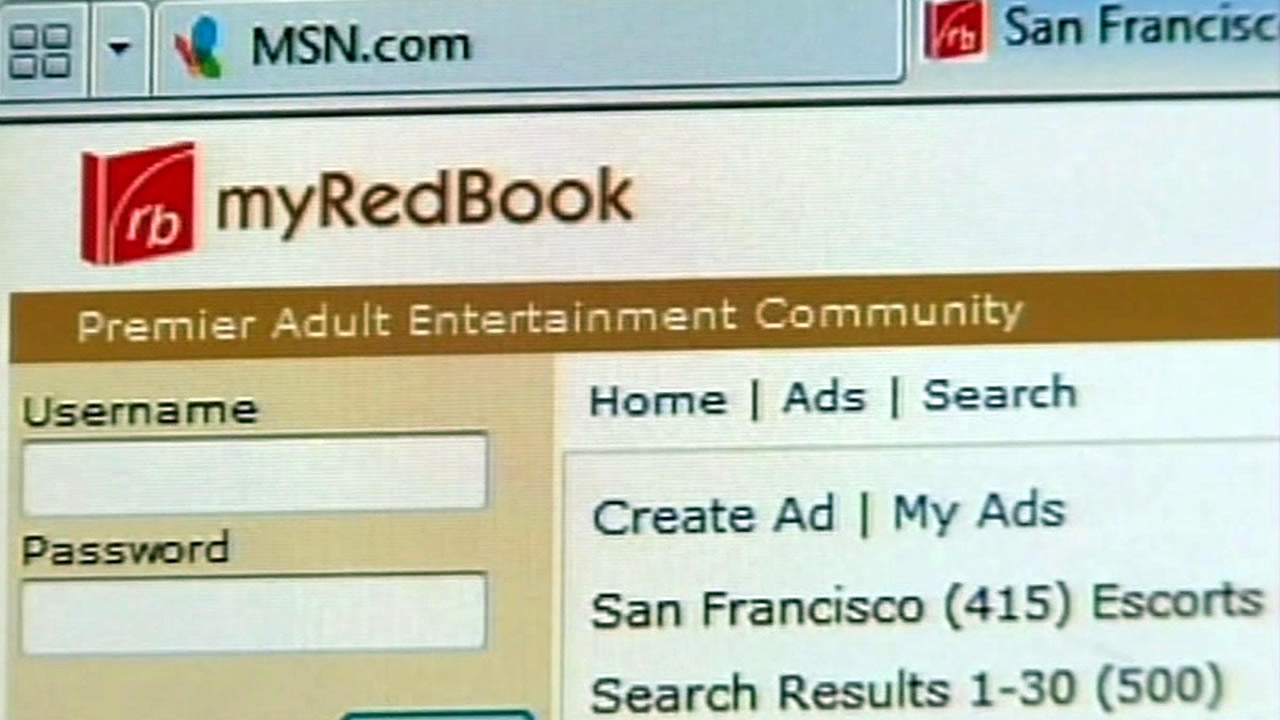