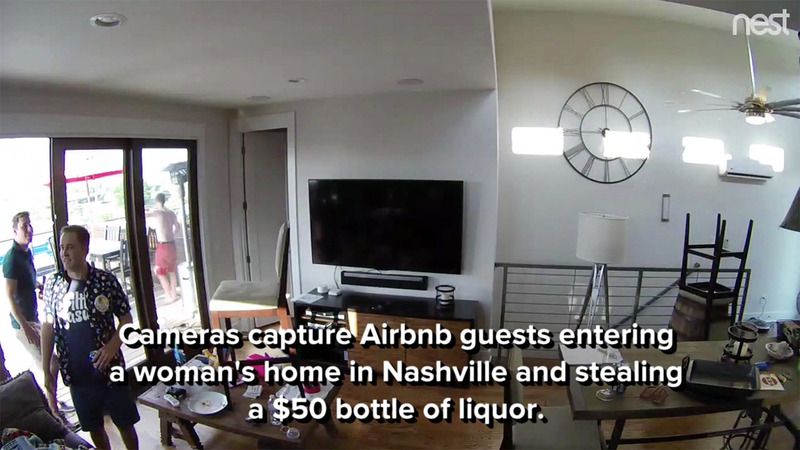 Airbnb guests in Nashville, Tennessee made themselves a little too at home when they burglarized their host's next door neighbors.

Amy Allen was cooking dinner when she received an alert from her home security system saying her upstairs porch door was open.

Initially, Allen thought it might have been the wind that blew the door open, but when she looked at the security footage she saw three men, who were guests at a neighboring Airbnb, upstairs while she was downstairs with her daughter.

As Allen ran upstairs, calling out to the men, the security footage shows them scurrying outside, jumping over a four-foot barrier that separates her porch from her neighbors.

Allen called the police and discovered that the men were in her home twice, once stealing a $50 bottle of alcohol.

Metro Police arrived and arrested four men and changed them with aggravated burglary. The men, from Arizona, California and Maryland, are due in court August 10.

Allen said she feels violated and hopes this does not happen with future Airbnb guests.