Alameda police are investigating flyers with swastikas and anti-Muslim rhetoric that were found Sunday morning. A diversity rally was held at the Islamic Center of Alameda Monday night in response.

ALAMEDA, Calif. (KGO) -- Alameda police are investigating flyers with swastikas and anti-Muslim rhetoric that were found Sunday morning. A diversity rally was held at the Islamic Center of Alameda Monday night in response.

"I picked it up and I was just floored to see something like that in this neighborhood," said Neil Crawford, who spotted a flyer with a swastika and a woman wearing a hijab while walking down Sherman Street Sunday morning.

He threw it away. "Then about a couple of hours later -- about 3 o'clock, I was coming back home on this side of the street and found another one."

He showed his wife Lindsay and called police. "It was very unnerving," she said. "We knew immediately we had to stand up, report it."

Officials found the third flyer on the ground and another was discovered a few blocks away near the Islamic Center of Alameda.

"There's just no place in Alameda for any of this stuff," said city councilmember Jim Odie.

Odie says the incident follows last week's vandalism at Temple Israel of Alameda. There have been swastikas drawn on dusty cars and one report of graffiti at a playground. He plans to address it all at the next city council meeting.

"One is some additional training so folks in the community can learn to identify potential hate crimes and report them quickly," Odie told ABC7 News.

Residents rallied together after learning about the flyer.

"Really disheartening. I have two brothers who are half Pakistani and Muslim. So it hits a little closer to home, so it's very upsetting," said Alameda resident Monica Martinez.

The Crawfords are calling on others to speak out too.

Alameda police questioned neighbors Sunday but have not returned our calls. 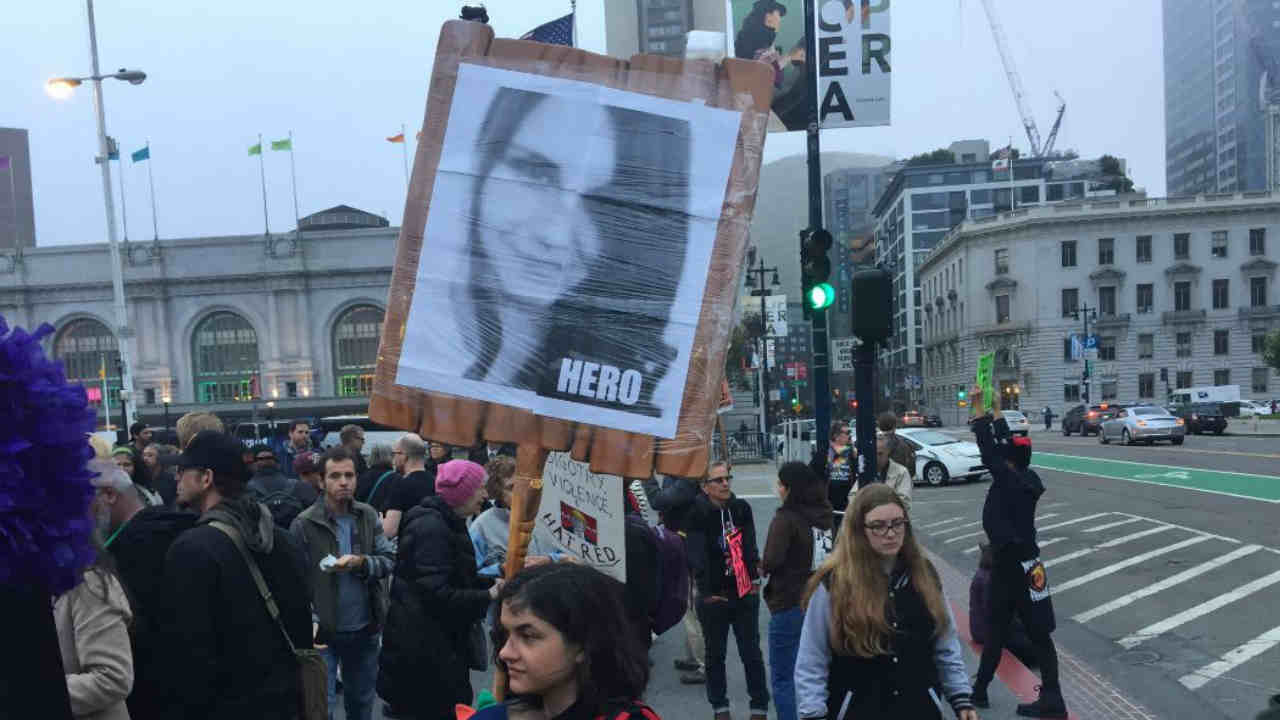