SAN FRANCISCO (KGO) -- Video of a San Francisco woman appearing to call authorities to report an 8-year old girl for selling bottled water on the street outside of AT&T Park without a permit has gone viral.

The Instagram video was posted Saturday by Erin Austin, the mother of 8-year old Jordan Rogers, has been viewed millions of times around the globe.


In the video, you can hear Austin say "this woman doesn't want to let a little girl sell some water."

Moments later, the woman in question, Alison Ettel is heard saying "she's illegally selling water without a permit." Into the cellphone held up to her ear.

Ettel, said that the little girl was "loudly" selling water outside her apartment for hours.

Jordan's mom was outraged. "She comes out and demands the permit for my daughter. She said if we didn't give it to her she'd call the cops," the girl's mother said. "So I said, 'Ok, call the cops.' And she did."

Austin says her daughter was just trying to raise money for a trip to Disneyland.

"She's wanted to go for a while...I actually lost my job, so she wanted to help."

SFPD later confirmed to ABC7 News they did not receive any calls about anyone selling water.

The backlash online has been swift and fierce, with commenters dubbing her as "Permit Patty" and worse, accusing Ettel of racism.

There have been consequences for Ettel's company, TreatWell as well, which sells cannabis products for pets and humans. Its Yelp page has been bombarded with negative reviews.

Cannabis retailer Barbery Coast, along with several other Bay Area dispensaries made the decision to pull Ettel's products from store shelves.

"We just thought it was the right thing to do. All of us owners are born and raised in San Francisco and we still live here and we have families. San Francisco has always been a very diverse community with pretty much everybody living in the city. We support the diverse community." says Jesse Henry, one of the of the dispensary.

ABC7 News offered Ettel an opportunity to speak today and her representative declined, telling us Ettel was "traumatized".

For more stories, photos, and video that went viral, visit this page.

"It was the right thing to do." @BarbaryCoast_sf cannabis dispensary on pulling @TreatWellHealth products f/shelves after company's owner, Alison Ettel is seen in video calling police on 8-year old girl for selling water on the street #PermitPatty https://t.co/tw67MAjVDP pic.twitter.com/G4fvyiTXLM 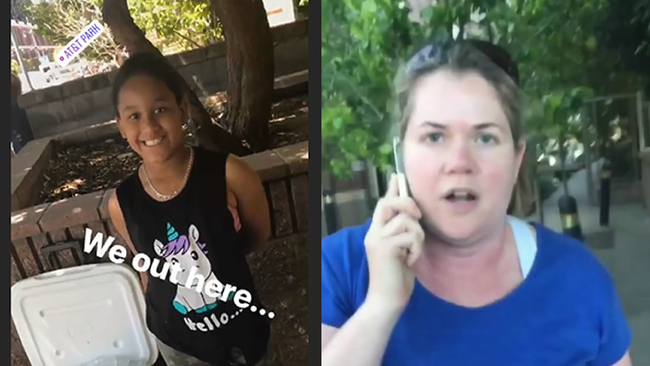