SFPD looking for driver in fatal hit-and-run, say he was driving stolen car

Barry McGrath, 38, was killed Saturday night in the Outer Sunset District while riding as a passenger in an Uber.
KGO
By Melanie Woodrow 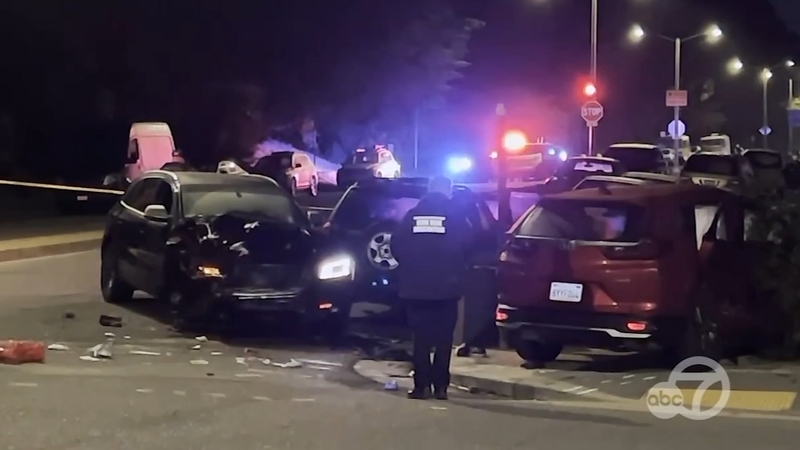 SAN FRANCISCO (KGO) -- San Francisco police are looking for the driver involved in a fatal hit-an-run. They say the car he was driving was stolen.

Barry McGrath, 38, was killed Saturday night in the Outer Sunset District while riding as a passenger in an Uber.

His friend Conor MacCarthy says he was on his way to meet a family member for dinner.

"I think everyone just remembers his smile and being such a good friend," said MacCarthy.

San Francisco Police say a collision occurred between the Honda SUV McGrath was in and an Audi SUV around 7:30 p.m. at 46th and Lincoln Street.

The driver of the Audi left the scene before police arrived, leaving the vehicle he was in behind.

Police say the Audi was reported stolen out of San Francisco on Jan. 12.

"It's terrible you know, it's shocking," said MacCarthy.

The San Francisco Medical Examiner's Office has identified a 38-year-old man killed in a Saturday vehicle collision as Barry McGrath.

MacCarthy says McGrath was from Ireland and had been in the Bay Area since around 2015. He was treasurer of the San Francisco Gaelic Athletic Association and enjoyed hurling and Gaelic football.

"Going to tournaments across America and helping to organize the games across America, so he was pretty much well-known across the whole country," said MacCarthy.

Friends held a vigil for him Monday night.

"He'd always make conversation with people and I think that's why we're seeing the last few days there's such an outpouring of grief, because he had met so many people and he made connections with people," said MacCarthy.

In an emailed statement an Uber Spokesperson tells ABC7 News, "Our thoughts are with Barry's family after this reckless and heartbreaking incident. We hope the driver makes a full recovery and police arrest the person responsible."

Police are asking anyone who saw the collision or may have surveillance video to contact them.