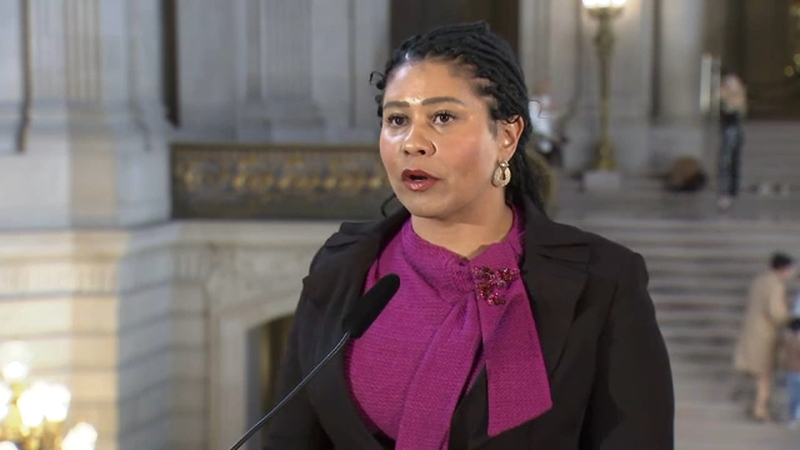 How SF mayor is planning to tackle public safety issues

After a wave of crime throughout San Francisco, Mayor London Breed announced Tuesday what she categorized as an aggressive response plan to tackle public safety.

"It's time that the reign of criminals who are destroying our city to come to an end. It comes to an end when we take the steps to be more aggressive with law enforcement. More aggressive with the changes in our policies and less tolerant of all the b******t that has destroyed our city," said Mayor Breed.

Mayor Breed called for more funds to increase overtime for the police department in problematic areas in the city, especially in the Tenderloin. The Department of Emergency Management will be leading this public safety plan.

"Public substance abuse and linking people in crisis to care and support services. Enforcement and the destruction of criminal activity and infrastructure improvement for safe passage and accessibility," said Mary Ellen Carroll, executive director of the Department of Emergency Management.

Mayor Breed's goal is to have more police officers cracking down on people selling and using drugs on the streets as well as those selling stolen property. But what will this look like?

"For instance, let me play this out for you. A person is in need of help. They are using on the streets and we engage and we offer them the ability to go and receive services, and they say 'yes.' They go to the services and the wont be arrested. Let's say that same day we see that same person- we are not asking again. Then it becomes enforcement," said SFPD Chief Bill Scott.

Chief Scott emphasized the need for over 2,000 police officers on the streets pointing to the overwhelming crime and drug use. In the last year, he said 600 people were arrested in the Tenderloin alone.

Luz Pena: "You talked about holding people accountable. When it comes to the consequences of dealing drugs in San Francisco and selling stolen goods, what are those consequences going to be and how is this going to be reinforced?"

Mayor Breed: "I think at the end of the day the arrests will be made by the police department with the hope that our district attorney will prosecute those cases. Accountability means that it's not always jail time. It's some sort of punishment related that is appropriate to the crime."

We pressed about why the district attorney is not present for this all hands on deck announcement but we didn't get a response.

The Department of Emergency Management said the first data points will be available in March of next year.

San Francisco has a $12 billion budge. Now, it's going to be up to the board of supervisor to go from defunding the police to allocating more money for police academies and overtime.

Chief Scott said he would like 500 more officers added to the department.

We need to change course on how we handle public safety in San Francisco. We can't be a place where anything goes on the street.

Today, I am announcing a series of new steps to address public safety in our city. https://t.co/njI6JUOhmi