Video shows the chaos that ensued in Union Square.
KGO
By Ryan Curry 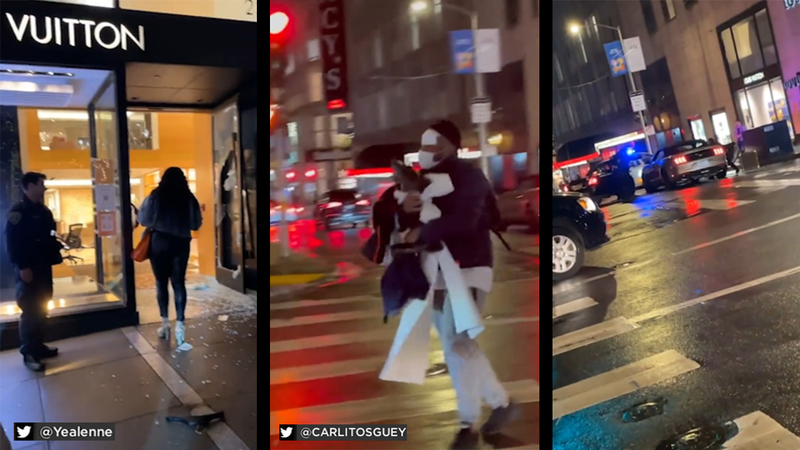 SAN FRANCISCO (KGO) -- Multiple suspects have been arrested after a Louis Vuitton store in San Francisco was hit by thieves.

Social media video shows some of the chaos that has unfolded there tonight - smashed store windows, police and people running in the street.

Police say around 8:10 p.m., officers responded to reports of possible looting and vandalism to retail establishments in the Union Square Area.

SFPD did not specifically name the Louis Vuitton store, although it is clearly seen in the videos obtained by ABC7 News.

"Officers arrived on scene to a retail store in Union Square where they observed several suspects involved in criminal acts. Officers have arrested multiple suspects," police said in a written statement.

They say they the Louis Vuitton store may not be the only one that was hit. Officers are "continuing to respond to other retail establishments, where reports of vandalism are occurring."

Police say additional officers are responding to the area and this is a "fluid and evolving situation."

The public is asked to avoid the area at this time.

This comes as San Francisco is dealing with an uptick in organized retail theft across the city, causing several stores to permanently close.