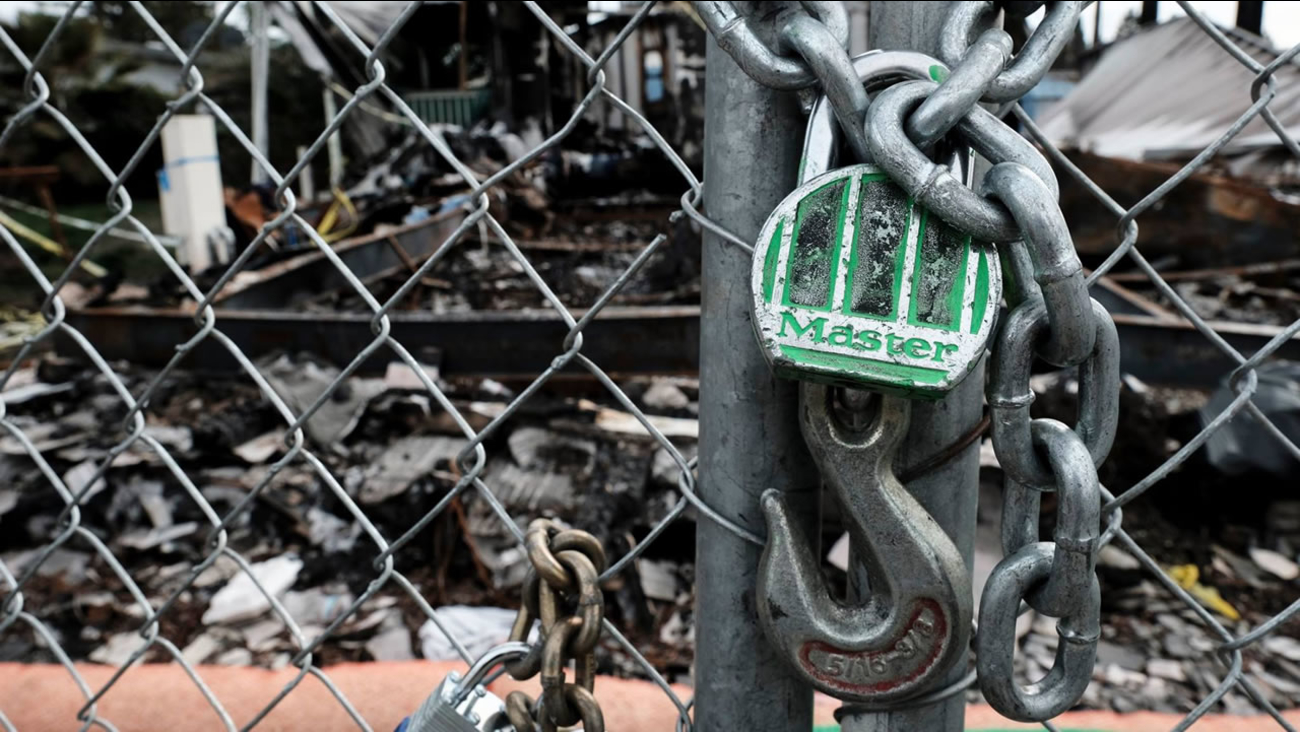 A chain locking up a Santa Rosa neighborhood affected by the North Bay fires on Monday, Jan. 29, 2018. (KGO-TV)

SANTA ROSA, Calif. -- Legislation that would have eased the insurance claims process for North Bay wildfire victims died in California's Senate Thursday because of insurance industry opposition, according to the bill's author.

Sen. Mike McGuire, D-Ukiah, was the author of Senate Bill 897, which sought to amend insurance coverage for contents, allowing policyholders to settle for 80 percent of the contents limit without having to compile a home inventory during a declared state of emergency.

If the bill had become law, it would have been retroactive for the North Bay fires and the Thomas Fire in Southern California.

When devastating wildfires swept through the North Bay last October, one of the hardest hit neighborhoods was Coffey Park in Santa Rosa.

However, an aide confirmed today that McGuire on Thursday declined a compromise with the insurance industry on the bill, which prevented it from advancing.

"We had to draw the line when insurance corporations insisted on amendments that would have watered down the bill close to useless," McGuire said in a statement.

"The deal that was put on the table harms those who are struggling to recover, now, and all future homeowners who would be impacted by California's new normal," McGuire said.

Insurance Commissioner Dave Jones blasted the insurance industry for what he called their efforts to defeat the bill, which he described as "common-sense legislation."

Jones said, "Their priority is profit over the needs of their policyholders who have been through hell. This is about doing the right thing to help wildfire survivors begin the recovery process without putting them through more heartache and pain during one of the most difficult times of their lives."