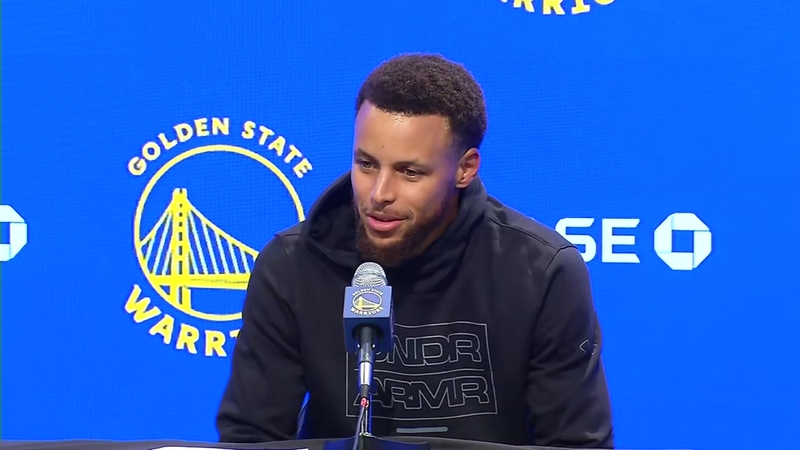 After a decade of memories, and five straight Finals in "Roaracle," no doubt, having a new home-court comes with challenges.

"It's still weird," Curry said after the team's first-ever game at Chase Center.

"You're used to certain sights and sounds, and just routine, you know, from pulling up to the parking deck and to the locker room and all that type of stuff," he said.

But as Curry points out while speaking at the podium, the Dubs have a few more pre-season games to settle in and make San Francisco feel like home.

"It's got a lot of potential to create an amazing vibe and an amazing home-court advantage," Curry said. "Just (gotta) get used to it, we need some reps."

Oh, and he misses his "tunnel shot," a fan-favorite part of warm-ups in Oakland.

For Warriors newbee D'Angelo Russell, it wasn't just the first game at the Chase Center, but his first game as a member of Golden State.

So, for him, it wasn't as much about adapting to a new arena as it was adapting to a role in an entirely new, highly-decorated team.

"It's just all brand-new," he said. "I think the more times, the more games play, the more the chemistry will build," he said when asked about playing next to Curry.

The Warriors lost the game. The Lakers, led by a dynamic LeBron James-Anthony Davis duo, won sure-handeldy with a final score of 123-101.

However, the Warriors have two more chances to get it right against LA. They face off two more times before Golden State's regular season starts on Oct. 24.