KGO
By Lyanne Melendez
OAKLAND, Calif. (KGO) -- The Oakland A's hope to have a ball park built and ready to go at the Howard Terminal by 2023. Because the permitting process and financing can take years, two pieces of legislation are meant to help expedite the development.

On Wednesday afternoon, the Oakland City Council voted unanimously to support both measures.

"We have a great site and we've done a lot of community input, and engagement to make sure it's going to be successful and we're excited to move forward with the Howard Street Terminal," said Oakland A's president Dave Kaval.

So far, the Howard Terminal project has the support of Oakland's Mayor and the Port Commission has given the team the nod.

The development would include housing, offices and retail space along with parking. But there is strong opposition from the International Longshore and Warehouse Union, and others who say the move would threaten jobs as well as the waterfront.

"Transferring what is a work environment, what is an assembly line of services into a playground," said Andy Garcia who works with companies who use the port.

Garcia believes thousands of jobs would be lost.

The A's organization says the Howard Terminal project would be funded with private money, so would the Coliseum project.

"It includes retaining Oracle Arena, making sure we have an adaptive reuse of the Coliseum itself, where we currently play, having housing, affordable housing, potentially commercial real estate," said Kaval.

The East Oakland Stadium Alliance wants the A's to build a new ballpark there instead.

"They can rebuild the Coliseum in East Oakland, that's where they should build it. They have 150 acres there right now," said Michael Jacob of the Pacific Merchant Shipping Association.
Report a correction or typo
Related topics:
businessoaklandbaseballoakland athleticsoakland coliseum
Copyright © 2021 KGO-TV. All Rights Reserved.
RELATED 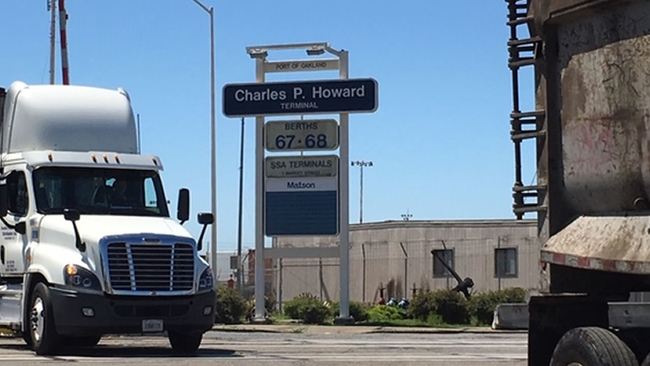