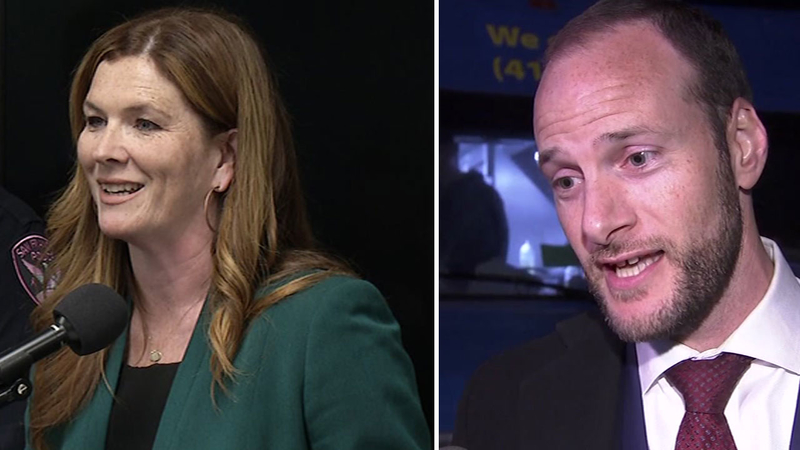 San Francisco District Attorney race to close to call-what's next?

With 99% of precincts reporting at 11 p.m., Boudin led Loftus by just over two thousand votes. But they were far ahead of the other candidates: Nancy Tung and Leif Dautch.

Because the race is ranked-choice, the votes for last-place finisher (Dautch) will be redistributed to Boudin, Loftus, and Tung.

Assuming that Tung remains in third place, her votes will then be redistributed to Boudin and Loftus giving one of them the victory.

But since the margin between the two is close, the race is very much up for grabs.

"They want what we want, a city that's safe and just... cautiously optimistic," Loftus said to supporters are her San Francisco watch party.

"San Francisco voters are smart. They are paying attention and they are going to vote for the candidate who's actually committed to reform. Not a candidate that says reform but has a track record of status quo," Boudin told ABC7 News.

SF Chronicle insider and ABC7 News Contributor Phil Matier says that even though Loftus is trailing Boudin now, that could change when the voters that picked Dautch and Tung are redistributed.

"Conventional wisdom would say that they are on the spectrum along with Suzy Loftus. More on the traditional law and order side of the equation," Matier reported on the ABC7 News at 11 pm.

"Loftus's people tonight, I've been talking with them, they feel quietly confident that they are going to be able to win this one, although it could be very, very narrow."