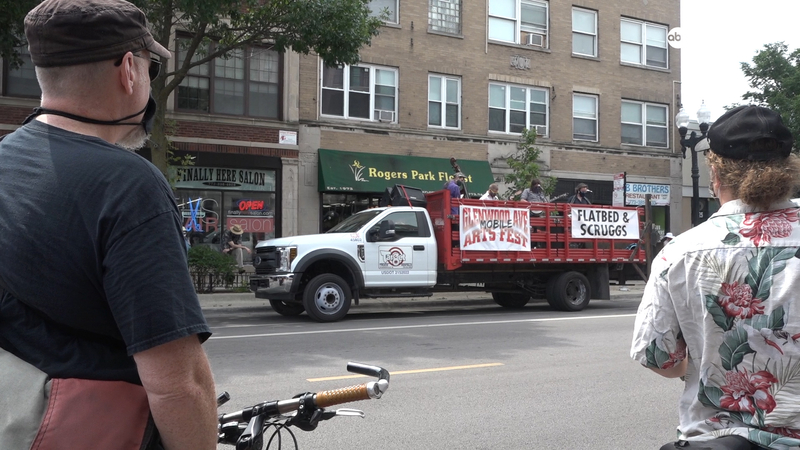 The Glenwood Avenue Arts Fest is going mobile this year, loading bands up on a flatbed, driving around and bringing music to the neighborhood.

"Normally we have 15,000 -20,000 people coming out to Glenwood Avenue," said Alan Goldberg, Glenwood Avenue Arts District President. "We take up four city blocks and people are out congregating - obviously that's not social distancing. So we decided to bring it to the people."

"This way we won't have an abundance of people in one place but we'll be able to take the fest throughout the neighborhood and with video of the artists," added volunteer Alicia Hempfling.

The traveling fest has four different routes, going through the north, south, west and east sides of the 49th Ward.