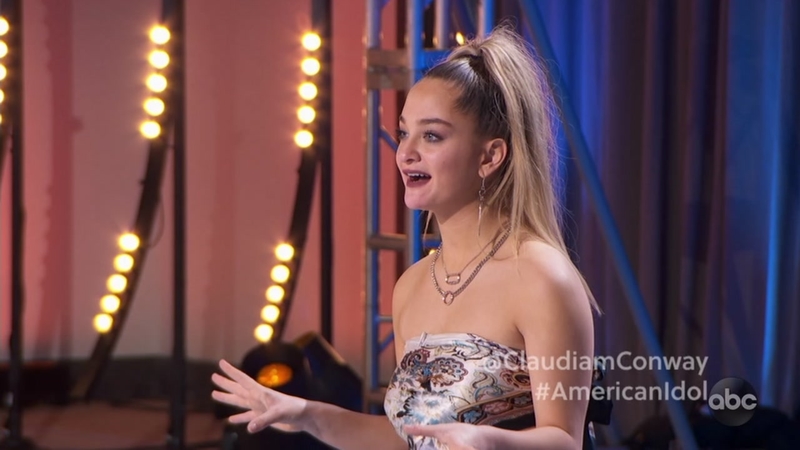 The new season of "American Idol" on ABC did not waste any time in getting to the high-profile contestants.

Judges Katy Perry, Luke Bryan and Lionel Richie returned as the familiar faces handing out the coveted tickets to Hollywood. But it was one social media star who stole the show in the season's first episode.

Sixteen-year-old Claudia Conway, daughter of Kellyanne Conway, who served as a special counselor to former President Donald Trump, showed off what kind of singing skills she has by first singing a rendition of Rihanna's 2016 hit "Love on the Brain."

"The internet can be a very, very dark place, but when life is all going downhill, I have my music," Conway said, hoping to reach stardom through singing. Her social media profiles already boast millions of followers.

The judges felt Conway hit a bit of a hiccup with her first attempt, but judge Katy Perry stopped Conway and asked her to try something else. Conway's second song, Adele's "When We Were Young," was much more well-received.

"Think about when you were young," Perry said, encouraging her to find her true emotions. "It's like you lost your youth because you weren't able to experience it on your own without all this noise."