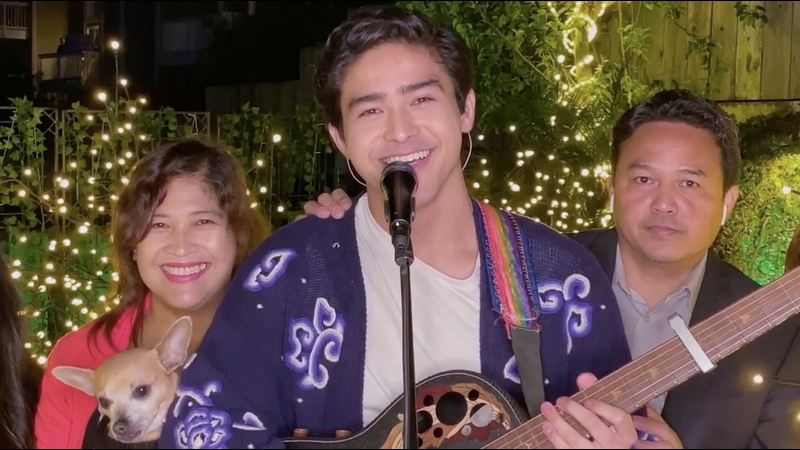 SAN FRANCISCO (KGO) -- The once shy and nervous contestant began to win over America's heart after each performance where his voice and song writing separated him from the competition. And Sunday night's "American Idol" virtual finale was not an exception.


For the finale, Martin sang Harry Styles' hit song, "Adore you" and Maggie Rodgers' "Alaska," the first song he auditioned with in Oregon.


Judges Luke Brian, Katy Perry and Lionel Richie were amazed at how far his confidence improved throughout the season.

"So smooth when you delivered that it sounded like it was professionally recoded in a studio somewhere. Congratulations," said Katy Perry.


From his first audition in Sun River, Ore. he was tabbed as a top ten talent and a potential winner by 'Idol' judge Luke Bryan.

Though Francisco Martin did not win, he made it to the top 5 and the Bay Area community is still cheering him on.

His neighbors cheered for him from their balconies and other across from his house.

"A lot of these people are his godfathers," said neighbor Louie Osdria. "We all moved here a year before he was born."

His much-acclaimed Mother's Day show performance last week was a tribute to his mother, a healthcare worker at Laguna Honda Hospital.

Francisco says she's always one to sacrifice herself for her family and for others, and that he would want no other woman in the world to be his mom.

On Saturday, his family hosted a full-on neighborhood parade in Francisco's honor.

It’s #AmericanIdol Finale Day! The celebration has been on for our local star @fronciscomartin, including yesterday outside his home in Daly City! His family and friends threw him a parade to wish him luck! Tune into Idol tonight at 8 on @abc7newsbayarea https://t.co/n5I13BS7As pic.twitter.com/KohD1X030W

"I told him that I'm very proud of him. He really made it so far," said Kiko Martin, Francisco Martin's older brother.

Kiko said he is so happy to see where his brother has ended up and is excited for the future.

The Filipino community wished the Daly City native luck and encouragment before the big night.


"Hope you're ready to travel with me onto the next chapter in life. There's a ton of room, don't be shy," Martin posted.