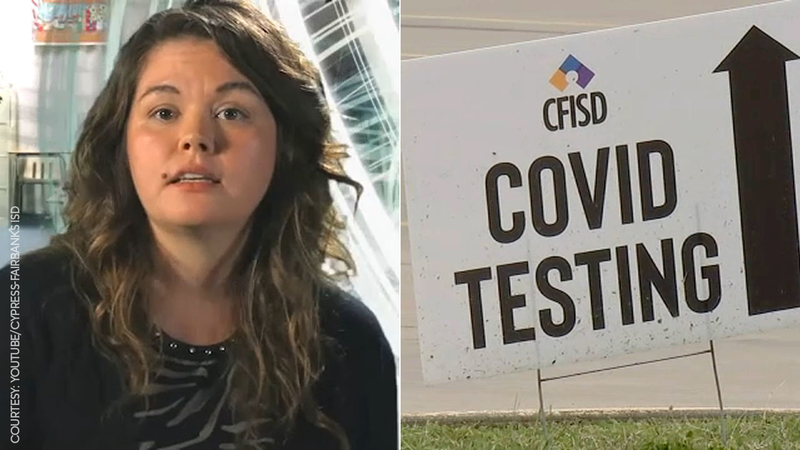 HOUSTON, Texas -- A Houston-area teacher allegedly locked her 13-year-old son in the trunk of her moving car as she drove him to a COVID-19 testing site because he had already tested positive and she didn't want to be exposed, authorities say.

Police issued an arrest warrant for the teacher, 41-year-old Sarah Beam, for felony endangering a child after investigating the incident. Beam had worked for the Cypress-Fairbanks Independent School District in northwest Harris County since 2011.

On Jan. 3, according to court documents, Beam drove to a stadium testing site to obtain additional testing for her son, who had already tested positive for coronavirus.

The documents state Beam had placed him there so she wouldn't be exposed to the virus while driving her child for additional testing.

The health worker asked to see the child, who, when the trunk was unlatched, was lying down inside. The worker then told Beam no testing would be done until the child moved into the back seat of the vehicle.

Cy-Fair ISD police officers were then called to the test site.

CFISD said law enforcement conducted a full investigation, resulting in a warrant for Beam's arrest. The district added that the child was not harmed.

It's not immediately known if she was taken into custody in the aftermath of the incident.

Beam is currently on administrative leave.