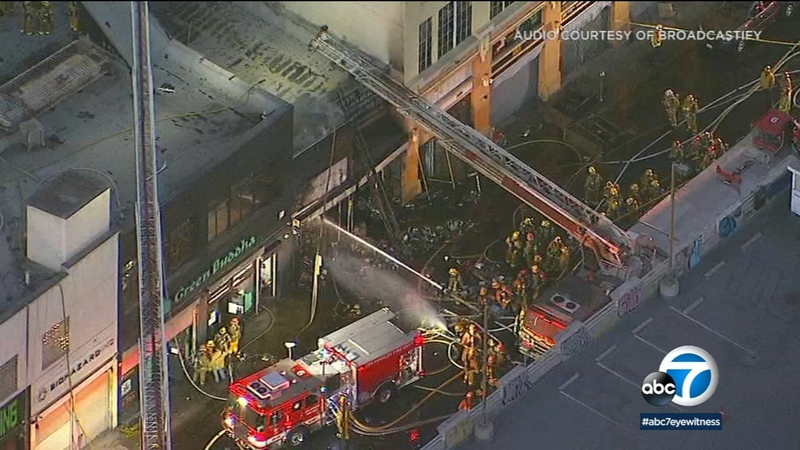 LOS ANGELES -- Three firefighters have been discharged from the hospital as of Sunday morning and officials say that a twelfth firefighter was also injured in an explosion and fire in downtown Los Angeles the previous night.

Officials initially said eleven firefighters suffered burn injuries in Saturday's incident and subsequent fire, but later said that another one was treated and released for a "minor extremity injury," according to the Los Angeles Fire Department.

As of 0900, 3 @LAFD #firefighters have been discharged from LA County-USC hospital. 8 remain hospitalized including 2 in critical but stable condition. A 12th firefighter was treated and released at the emergency room last night for a minor extremity injury. pic.twitter.com/jmXfA5GRUt

A cause for the blaze has been officially determined but fire officials said it began at the site of a butane honey oil supplier. Chief Ralph Terrazas said an on-scene investigation has to be completed, which will take several days.