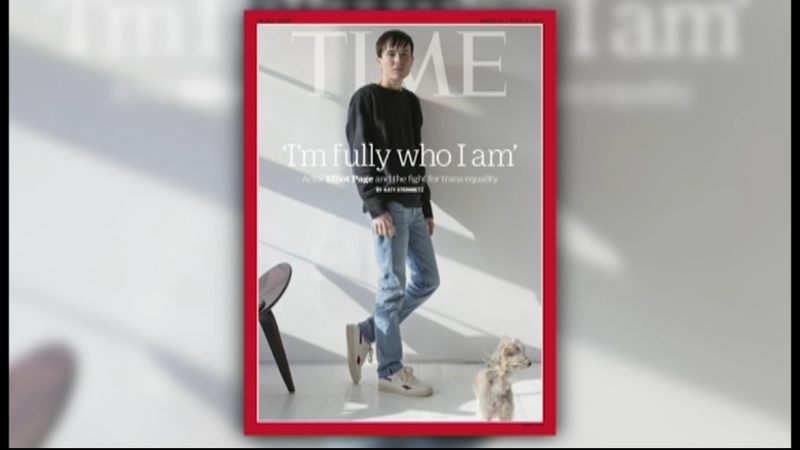 Elliot Page is opening up in his first interview since announcing he is transgender in December 2020.

In a new interview with TIME released Tuesday, the actor discussed his transition, his struggles with identity from an early age and his life now.

Page, known for starring in projects including "Juno" and "The Umbrella Academy," said he felt that he "wanted to be a boy" from as early as 9 years old. "I would ask my mom if I could be someday," he shared, adding that he also did things to modify his physical appearance, like cutting his hair shorter.

As he was breaking into the industry, he found roles where he "had to look a certain way," he said, explaining that he had to wear a wig sometimes for parts.

During his time promoting "Juno," the 2007 film in which he played a pregnant teen, he said he "never recognized" himself, adding, "For a long time I could not even look at a photo of myself."

During that period of his life, he said he was battling with mental health issues, including anxiety and depression, and struggled with "how to explain to people that even though [I was] an actor, just putting on a T-shirt cut for a woman would make me so unwell."

After announcing his transition, Page said he now has "this feeling of true excitement and deep gratitude to have made it to this point in my life ... mixed with a lot of fear and anxiety."

He also spoke about why he chose to open up about his transition so publicly.

The Oscar nominee, who came out as gay in 2014, shared a note on Instagram in December in which he stated his name is Elliot, uses the pronouns he/they and is trans.

"I had a lot of time on my own to really focus on things that I think, in so many ways, unconsciously, I was avoiding," he said of his time spent during the COVID-19 pandemic. After seeking out literature from trans writers and drawing courage from trans activists, he said he "was finally able to embrace being transgender and letting myself fully become who I am."

Page said he expected mixed responses to his announcement.

"What I was anticipating was a lot of support and love and a massive amount of hatred and transphobia," which he said he encountered.

Now, he is devoted to spreading awareness for trans visibility, equality and rights. "My privilege has allowed me to have resources to get through and to be where I am today ... and of course I want to use that privilege and platform to help in the ways I can," he told TIME.

Page is using his platform to call out trans discrimination and violence across the U.S.

"Extremely influential people are spreading these myths and damaging rhetoric-every day you're seeing our existence debated," he said. "Transgender people are so very real."

In response to the TIME interview, GLAAD issued a statement commending Page for using his voice to speak on trans representation and more.