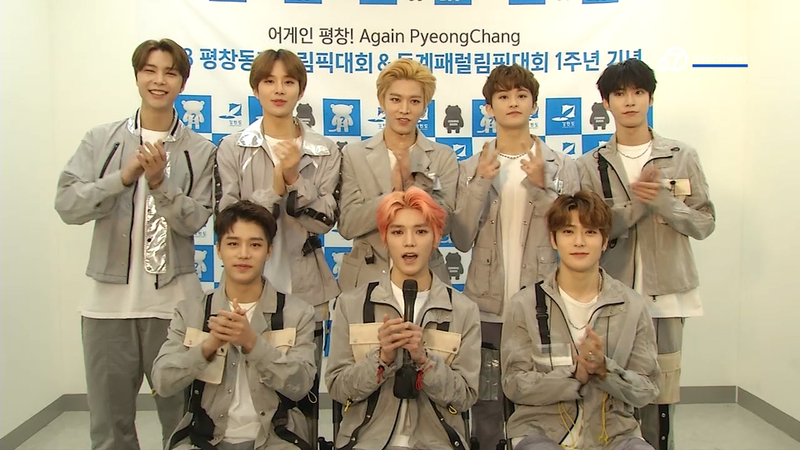 GANGNEUNG, South Korea (KGO) -- K-Pop sensation NCT 127 is the second sub-unit and Seoul-based unit of the South Korean boy group NCT. ABC7 caught up with them backstage after their performance at the Ice Arena in Gangneung, South Korea.

Band members Johnny, Jungwoo, Yuta, Mark, Doyoung, Jaehyun, Taeyong, and Taeil explained the meaning behind their group name and inspiration for a few of the songs on their first album "Regular-Irregular."

"NCT stands for Neo Culture Technology and the 127 stands for the longitude of Seoul. Our team starts in Seoul but our music spreads around the world, starting from here," said Johnny

Mark tells us that "Regular," also the title of our first full length album, "is a song about our dreams coming true" and transforming those dreams into realities. With their song "Simon Says," inspired by the popular childhood game, the band encourages fans to pay no attention to the haters, and be masters of their own game.

NCT 127, the latest K-pop act booked on "Good Morning America" following BTS and BLACKPINK, is yet another nod to the increasing mainstream awareness about the Korean-music scene.