Warriors celebrate with fans at victory parade in Oakland 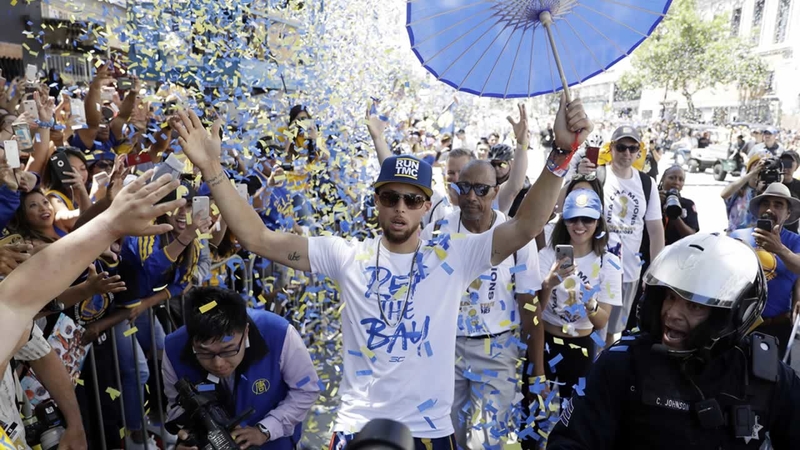 The team is winded down the streets in double-decker buses that frequently stopped so that players can jump out and interact with fans.


Warriors star Stephen Curry says he never imagined the team would have a parade "let alone two and now three."

Curry wore a large sun hat and under it a RUN TMC baseball cap in honor of Tim Hardaway, Mitch Richmond and Chris Mullin, of the Warriors teams during the 1989-90 and 1990-91 seasons.

Curry threw candy to fans and gave high-fives to hundreds packed on the streets.

Fan favorites Nick "Swaggy P" Young and JaVale McGee took a moment to revel in parade, with Young saying the moment was "beyond lit."

Coach Steve Kerr was asked "for one more" championship from the crowd, he joked "can't we just enjoy this one now?"

Click here for all the highlights from the Warriors victory parade.