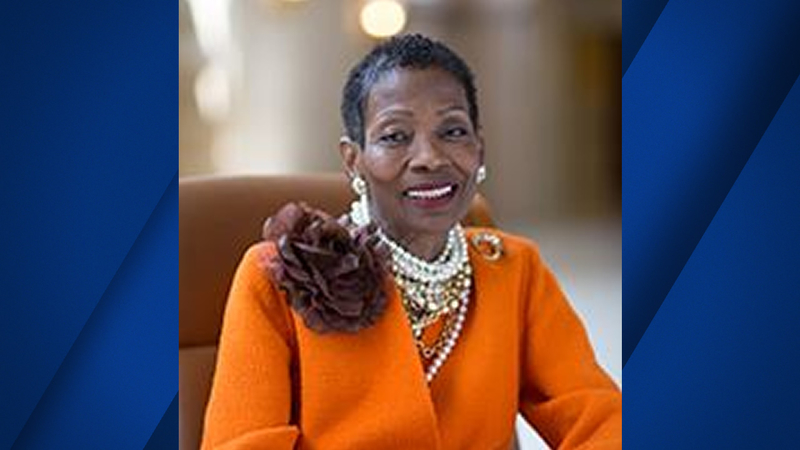 According to her resignation letter, SFO Commissioner Linda Crayton is resigning for health reasons. She has served as a member of the commission for more than 20 years.

According to a criminal complaint, Director of the Department of Public Works Mohammed Nuru and Restaurateur Nick Bovis offered SFO Commissioner Linda Crayton $5,000 cash and a free trip for her assistance in helping Bovis win a bid to run a restaurant at SFO.

In April of 2018, Nuru, Bovis and Crayton along with federal confidential sources and a federal undercover employee met for dinner. While Crayton did not accept the cash, San Francisco Supervisor Aaron Peskin says what Crayton was recorded saying at the dinner according to the criminal complaint was unethical and inappropriate.

By phone Tuesday night, Crayton told ABC7 I-Team Reporter Melanie Woodrow she had done nothing wrong and that her integrity means a lot to her.

Supervisor Peskin had planned to publicly call for her resignation before learning she would be submitting it.

"While the individual did not take the bribe it is not appropriate for that person to continue as an airport commissioner," said Peskin.

In her letter to Mayor Breed, Crayton writes she's been struggling with multiple, severe medical conditions.

In part writing, "... the demands of my medical treatment have increased to the point that I cannot continue to serve on the Commission."

Via email, Crayton's Attorney, Randall Knox, submitted the following statements to ABC7 News from Crayton and from him.

"I am stepping down from the Airport Commission because my health problems are simply too severe, and my treatment regimen too demanding, to continue. Moreover, given the alarming revelations this week, I do not want to be a distraction for the City, the Airport, the Commission or our wonderful staff. But I do want to reiterate what is made clear in the federal complaint released yesterday: I played no part in any contracting scheme. Period. I have always sought to do what's right for the City that I love, and it was among my greatest honors to be able to serve."

"Linda Crayton has served the Airport Commission for the City and County of San Francisco since 1996, through the administrations of Mayors Brown, Newsom, Lee, Farrell and Breed. She has always considered her integrity, openness and access to the public as fundamental to her public service. Even before the recent investigation into the bidding process at SFO, Linda was enduring personal health issues that required extensive medical treatment. Linda is innocent of any wrongdoing and she intends to cooperate fully with authorities if asked. Because of concerns for her health, Linda has decided to discontinue her service on the Airport Commission and she has submitted her letter of resignation to Mayor London Breed. Linda appreciates the importance of the Airport Commission and understands the need to remove any distractions and to allow the appointment of her successor to ensure a quorum of Commissioners necessary to serve the City." 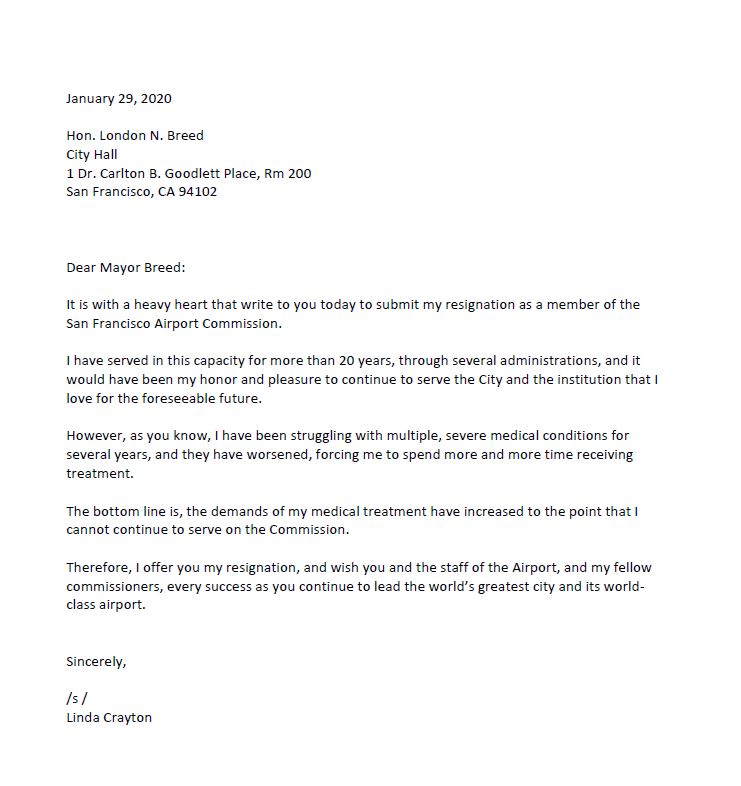