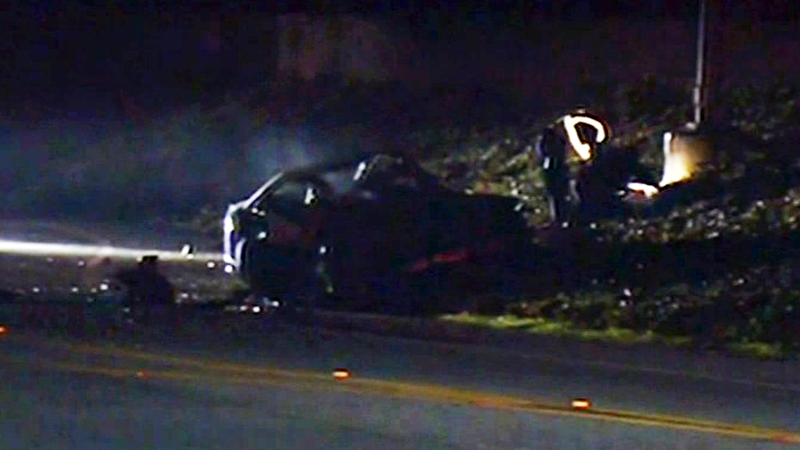 PACIFICA, Calif. -- One person died in a crash early this morning on Skyline Boulevard in Pacifica, police said.

The crash was reported at about 3:55 a.m. on Skyline Boulevard, also known as state Highway 35, near King Drive. Authorities arrived to find a vehicle south of the intersection engulfed in flames, according to police.

Firefighters extinguished the fire and found the driver, the sole occupant of the car, dead inside, police said.

No other vehicles appear to have been involved in the crash, which is expected to keep Skyline Boulevard blocked in both directions between King and Manor drives until late this morning, according to police.