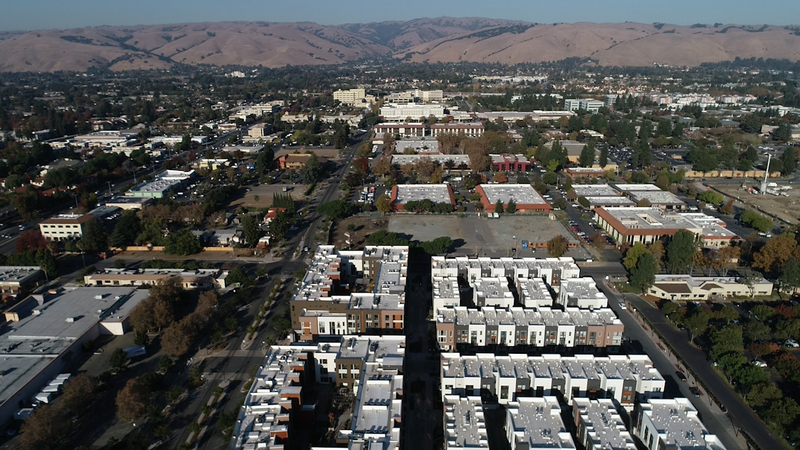 Fremont builds a downtown from scratch

FREMONT, Calif. (KGO) -- It is one of the largest cities in the Bay Area, but it has no downtown business district. Fremont is hoping to change that, taking steps to create a unique urban center, literally starting from the ground up.

At a groundbreaking celebration last month, city leaders turned over a new chapter in Fremont's history. An event center and 1-acre civic plaza will be the centerpiece of an ambitious plan to build a downtown from scratch.

Fremont was founded in 1956 -- that's when five smaller cities merged into one 92-square-mile city. Today, the Centerville, Irvington, Niles, Mission San Jose, and Warm Springs districts each have their own urban centers, but the city as a whole has lacks a central identity.

"It's important for a city to have a gathering place, a social heart, and opportunity for people to have more interactions and dynamic services," said Fremont's Mayor Lily Mei.

"This is the place that we have our Festival of the Arts, we have Festival of India, our July 4th parade, so it's creating that sense of place-making. And as the buildings go up, and as more resources are available, such as our downtown event center, it really solidifies that presence for the community," said Mayor Mei.

"Fremont lacks a downtown. We're the fourth largest city in the Bay Area... without a downtown," said Clifford Nguyen, the city's Land Use Initiatives Manager.

When complete, Nguyen says, this new downtown will provide new housing, offices, and retail space -- all within walking distance of Fremont BART.

"The plan envisions the build-out of 2,500 new residential units, which will bring in approximately 12,000 new residents to downtown as well as 2.5 million square feet of new retail and commercial space," said Nguyen.

The current project hasn't come without hiccups. The Great Recession slowed the project but gave the city and developer an opportunity to fine-tune the project.

"We were picked in 2008 to be the master developer, and we went back to the city and said nothing is going to be built for five years, so let's take this time and plan this whole district," said David Cropper of TMG Partners.

That plan now includes the flexibility to adjust to market demands, says Cropper.

"If the market for housing is in the tank, the developers can build office -- and if there's a bad office market, then developers have an opportunity to build housing," said Cropper.

The main street of this new city center will be Capitol Avenue. The city broke ground in 2015, and has since completed a tree-lined street, complete with bike racks and park benches, and parking steps from future storefronts. There is a lot of work to still be done, but momentum for this new urban center is quickly picking up steam.

Fremont's Economic Development Director Christina Briggs said, "And now the private investment is coming in. We've got multiple either already underway or well into our development pipeline."

They have engaged local businesses to encourage them to make downtown a destination.

RELATED: Hike to the top of the jewel of Fremont: Mission Peak

"We want people to know this is a location for dining, for entertainment, and we're here to help them make that happen," said Briggs.

The entire project will be completed in phases over the next 20 years. The first priority is activating Capitol Avenue.

With work now underway on the city's new event center, Downtown Fremont is finally closer to becoming a reality.

"To actually see it coming on the rise is like Jack and the Beanstalk. You plant a seed and you watch it grow," said Mayor Lei.