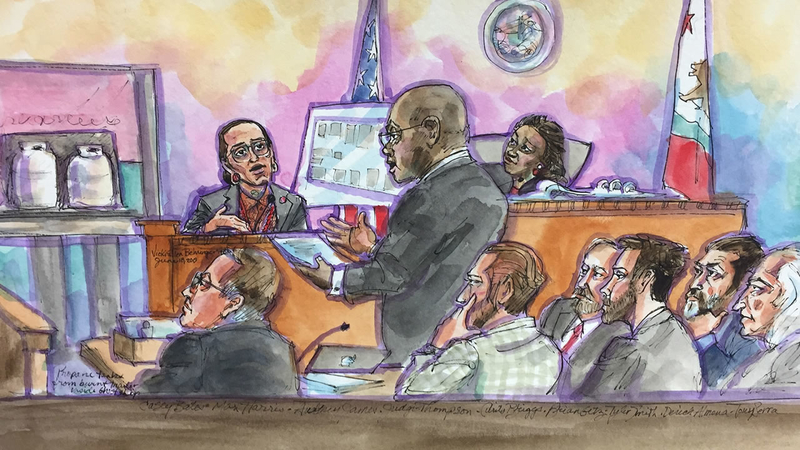 OAKLAND, Calif. (KGO) -- Truth versus lies -- this was a central theme in court during the Ghost Ship Fire trial as prosecutors questioned defendant Max Harris about his honesty.

Harris was faced with email after email the prosecution projected on a screen in court in which he called himself executive director of Ghost Ship. He previously testified he was simply a volunteer with no leadership role. Harris admitted using the title was a misrepresentation, "It's not true," he said. The district attorney even asked him about representing himself as an arts manager on the Tinder dating app. Harris responded, "I was just trying to get a date."

"The best the prosecution had was tinder messages where he is trying to get a date and he exaggerated his role with the warehouse in emails with a couple of the owners," said his attorney, Curtis Briggs.

The prosecution drilled into the Ghost Ship defendant during cross-examination on Tuesday telling him, "You lied."

Deputy District Attorney Autrey James got Harris to define a lie. Harris said, "A lie is telling an untruth."

Then they replayed a body cam video in which Harris told an officer, who asked him if he lived at the warehouse, "No no it's a 24 hour art studio," when he actually lived there. Harris' aunt from Seattle sat in court, listening to his testimony, while accompanied by his friends who included Anthony Perrault, who said, "Max is doing an amazing job."

But the families of the 36 people who died in the Ghost Ship warehouse fire weren't buying it. Ivania Chavarria, whose son died in the fire, had this to say about Harris, "He's totally lying. I think he's been well trained into lying and what to say and what not to say."

At the end of the day, Harris' attorney told the judge he saw a juror communicating on their smartwatch, something the judge pledged to investigate. That will be the first thing addressed Wednesday morning before Harris takes the stand again.