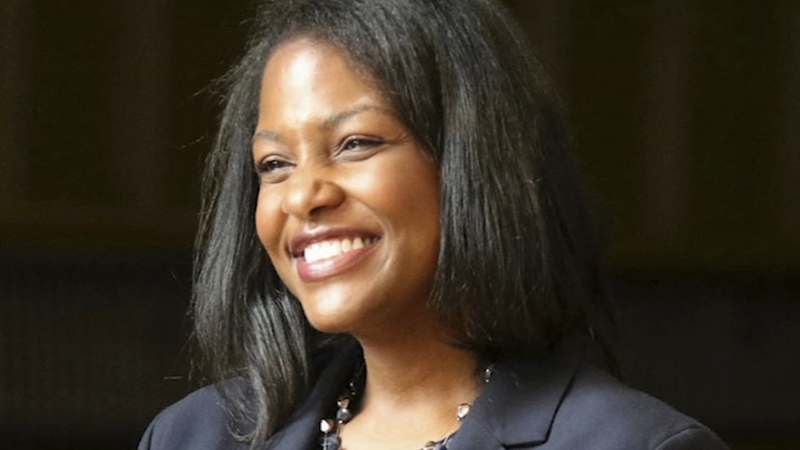 Upon confirmation by the New Jersey State Senate, Pierre-Louis would be the first black woman to hold the post and the first African American to serve on the court since 2010.

"Standing here today, know that I have truly lived and continue to live the American dream that my parents came to this country in search of," said Pierre-Louis. "Words truly can't express what a tremendous honor it is for me to be nominated to the Supreme Court of New Jersey,"

The 39-year-old Rutgers University graduate is currently a partner at Montgomery McCracken Walker and Rhoads Law Firm. She spent nine years as an Assistant U.S. Attorney for the District of New Jersey and also headed the federal prosecutor's Camden and Trenton offices.

Governor Murphy, who nominated Pierre-Louis, said the courts must reflect the state's diversity.

Gov. Murphy announces he will nominate Fabiana Pierre-Louis to the state supreme court.

"Justice can not be blind if those who sit on our highest and most powerful bench are not surrounded by the colleagues who encompass the full range of the American experience," said Murphy.

Lt. Governor Sheila Oliver, the state's first black woman to hold a statewide office and also the first African American to serve as Lieutenant Governor of the state, said this is a defining moment for New Jersey.

"While these moments are historic, we make history, not in the moment, but in what we do with it," said Oliver. "Fabiana, I cannot wait to see what you do with your moment."

Pierre-Louis would fill the seat of Associate Justice Walter Timpone, who will reach the mandatory retirement age of 70 later this year.