"East Bay MUD has been supporting the Oakland schools," explained Andrea Pook, EBMUD spokesperson, "and, actually, all the schools in our service area to ensure that there is no lead leaching from faucets and taps at their particular facilities."

"So, we went out and tested the water," said John Sasaki, spokesman with OUSD, "And found there were some issues in the showers, in the kitchen and a couple of water fountains across campus."

That led to more testing over the past several months. So far, of the 70 schools tested by OUSD, signs of contamination have been discovered at 10 of the campuses. In the worst case, water from a kitchen tap at Glenview Elementary was found to contain lead at a level of 60 parts per billion -- four times that recommended by the federal government.

In addition to replacing suspect fixtures, separate dispensers have been placed in the hallways at schools like McClymonds, to make sure students and staff have clean sources of drinking water.

Click here to find out the results at the schools that have been tested so far. 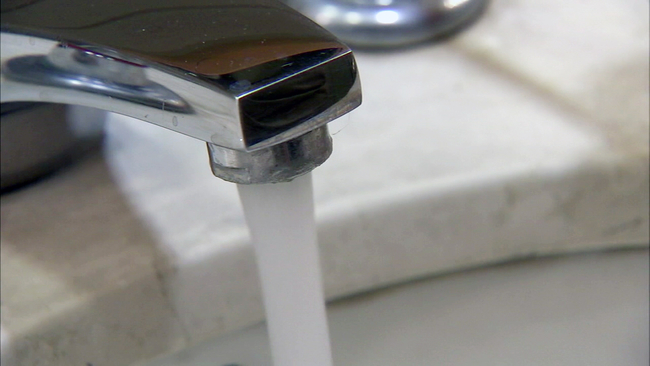