KGO
By Eric Thomas
OAKLAND, Calif. (KGO) -- Just in time for AIDS Walk San Francisco on Sunday, there's a story about an East Bay hospital taking the lead in helping people find out their HIV status.

Alta Bates Summit Medical Center in Oakland routinely screens for the virus when patients come to the emergency room, one of the few hospitals that does.

When Alan Markert came to Alta Bates Summit, it was to find out why he felt weak and out of breath. The findings from a simple blood test would change his life.

"They told me that I had walking pneumonia, that's why I was there. And also, on top of that, you're also HIV positive."

An east bay hospital wants others to follow its lead and routinely test for HIV in the emergency room. Story at five. pic.twitter.com/NZ6zZU07Z2

For more than a decade the Centers for Disease Control and Prevention has recommended that hospitals test for the virus that causes AIDS in emergency rooms. Most do not. And many patients won't seek out testing themselves because of the stigma.

"It has really driven some people away from conventional testing in some cases because they don't want to be associated with what a positive result means. That's why the emergency room testing is so important," said Dr. Christopher Hall.

Every time an ambulance brings someone to the ER at Alta Bates Summit Medical Center and a patient's blood is drawn, it is routinely tested for HIV, unless the patient opts out.

Patients can say no. Most do not. Over the past year, 6,300 patients have been tested. More than two dozen found out they were HIV positive who may not have found out otherwise.

Patients can then be transferred seamlessly into what used to be known as the hospital's East Bay Aids Center for treatment. But the system has been so successful, Alta Bates Summit has changed the name to East Bay Advanced Care because they're broadening the mission to include hepatitis B and C.

They've also managed to keep costs down. "We do hope to help make this the standard at other hospitals," said Hall.

"In talking to the doctors here at EBAC, OK, this is not a death sentence," Markert said.

It's not, but you have to know your status first. 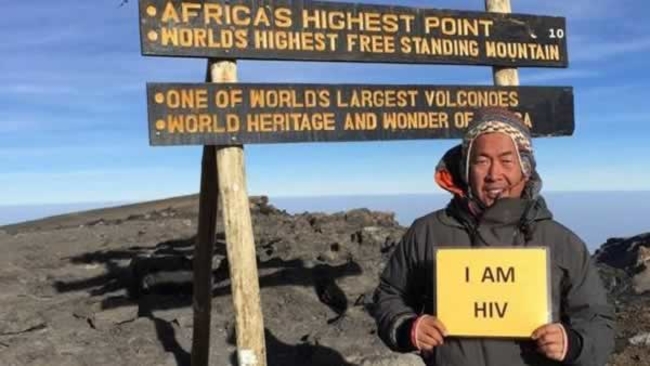