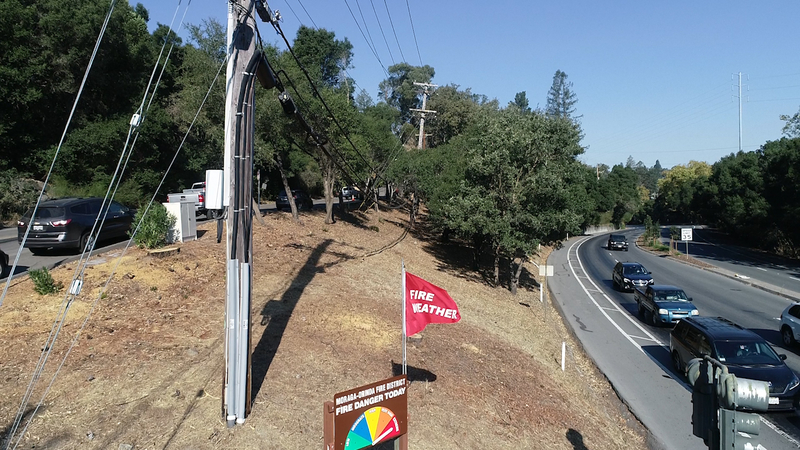 SAN FRANCISCO (KGO) -- The latest rounds of planned power outages come after decades of problems for Pacific Gas and Electric. The utility has struggled since state lawmakers deregulated the energy producers in 1996.

In June, 2000, PG&E experienced rolling blackouts caused by that deregulation. It left 97,000 customers without power in the Bay Area.

In Jan. 2001, then Governor Gray Davis declared a state of emergency when blackouts caused by the energy crisis left several hundred thousand customers without power.

Governor Davis spoke with me from his Los Angeles office about those "rolling blackouts."

The blackouts ultimately led to the ouster of Governor Davis. Voters blamed him for not solving the power crisis.

"Well, I understood their problem with it at the time," former Governor Davis told me "I couldn't convince people, ratepayers, that Enron, Dynegy, Reliant, Duke and the others Southern were ripping them off.

But it was just the start of PG&E's woes as the company's aging infrastructure led to a major catastrophe.

On September 9, 2010 - a 30 inch natural gas pipeline exploded in the Crestmoor neighborhood of San Bruno. Eight people died. It took the utility 60 to 90 minutes to shut off the gas that fed the fire. We later learned poor record keeping and lax maintenance was to blame.

The utility was found guilty of safety violations and obstructing justice - and a judge ordered PG&E to pay $90 million and spend $32 million more for safety and governance improvements.

PG&E's maintenance of power lines came under fire again in 2017 - when the utility's power lines were blamed for stating fires in the North Bay. When the flames were finally doused, more than 8,000 structures were destroyed, 44 people were dead and at least 192 people were injured.

Next year, an even more deadly fire. The Camp Fire erupted near Paradise, ignited by a faulty electric transmission line. It killed 88 people and destroyed 18-thousand structures.

Anticipating the massive number of claims resulting from the fire, the utility filed for bankruptcy and began to lay out their plan to prevent future wildfires-- turning off the power in high danger areas.

Even though they cut power to some areas - PG&E now says their equipment may have been responsible for at least five Bay Area fires this month-- Kincade, Oakley, Milpitas, and two in Lafayette.

"Deregulation was entirely responsible for the problem in 2001," said former Governor Davis.

I asked Former Governor Davis if we learned anything from those early outages, what can be done now to make things better?

"This problem is totally different." He said, "Climate change, worsening fires, more heat, far more casualties, much more property damage, but this problem can be solved, by having a summit and the application of World Class technology. We will figure this out."

Davis is giving Governor Gavin Newsom kudos for his handling of the current crisis, which includes his announcement today of a new energy czar.