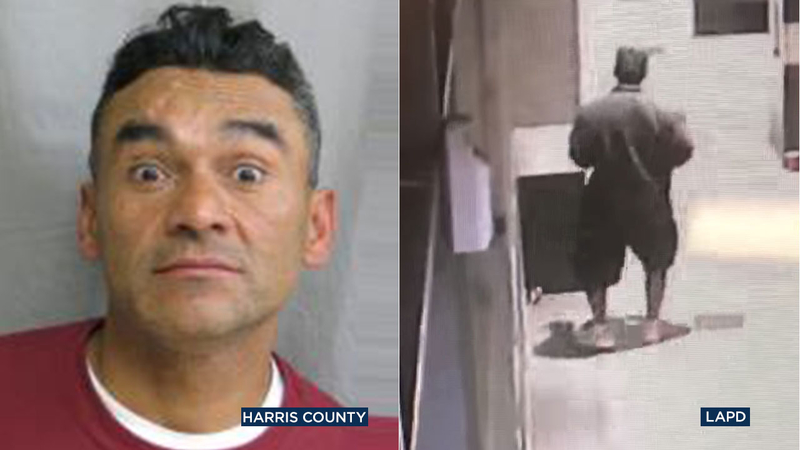 LOS ANGELES -- The suspect in a series of vicious attacks on sleeping homeless men in Los Angeles and Santa Monica had been deported six times and was freed from federal custody last year following an immigration court decision, federal officials said Tuesday.

Ramon Alberto Escobar, 47, has been linked to three murders and four attempted murders in Southern California and the disappearance of his aunt and uncle from the Houston area.

He was arrested Monday after another attack on a man sleeping on the beach in Santa Monica.

RELATED: Fate of man acquitted in murder of Kate Steinle could hinge on U.S. Supreme Court

U.S. Immigration and Customs Enforcement officials said Tuesday night that Escobar was first ordered removed from the United States by a federal immigration judge in February 1988.

According to an ICE statement: "After illegally reentering the U.S. following his most-recent removal Alberto-Escobar filed an appeal of his immigration case with the Board of Immigration Appeals in June 2016, which the courts granted in December 2016. ICE released him from custody on an Order of Supervision in January 2017 pursuant to the court's decision."

ICE has now filed a detainer against Escobar following Monday's arrest. A detainer indicates the agency would like to take a person into custody if he or she is released from the custody of another law enforcement agency.

Escobar has been linked to a series of seven attacks on sleeping men, most of them homeless, in the Los Angeles and Santa Monica area this month. Several of the attacks were carried out with a baseball bat and at least one with a set of bolt cutters, police say. Three of the victims died and at least one remains in a coma.

Police say he is also linked to the disappearance of his own aunt and uncle in Houston, with whom he was living at the time.

He fled Houston and drove to Los Angeles on the I-10 shortly after being questioned in connection with that case last month, police said.

Los Angeles Police Department Capt. William Hayes said Escobar has a criminal record that includes five years spent in a Texas prison from 1995 to 2000 for burglary, as well as an arrest in 2017 for assault and in February 2018 for criminal trespass.

Hayes said after police arrested Escobar on Monday, they recovered a baseball bat that was believed to have been used in two murders and one attempted murder in downtown LA. The bat was found in Escobar's vehicle, a black Honda CR-V.

When asked if Escobar could be called a suspected serial killer, Hayes said police are considering whether to use that term, noting that serial killer is usually defined as one with three or more victims.

"He's a violent predator," Hayes said. "He's preying on innocent people. In most cases our victims were asleep."

Photos show Ramon Escobar and his relatives, who are missing in Texas. 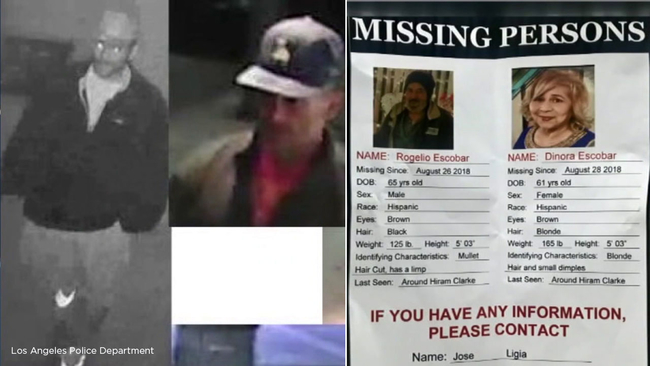